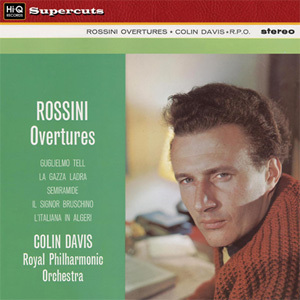 Bernstein immediately struck up a rapport with the orchestra and the result was magic: "The French orchestra play beautifully for Bernstein, and they also sense the ebb and flow of tempo which he imparts to the music." as the GRAMOPHONE wrote in 1977. Recorded on 3 November 1976 at the famous Salle Wagram, Paris. Produced by John Mordler and engineered by Paul Vavasseur.

In the original November 1977 review of the EMI LP, JW of the GRAMOPHONE wrote that the: “...performance can be recommended as a brilliant and colourful encounter with one of Berlioz’s most enjoyable scores” of the last movement JW wrote: “Bernstein makes it thrilling, but not in the frenetic manner which would regard tension as an end in itself, rather than a product of potent feeling.

This is a splendidly delivered climax to a work which Bernstein clearly admires. He draws beautifully sharp, clean playing from the orchestra (the brass, in particular, has a cut which exactly suits Berlioz’s scoring); and he is given a comparable sound.”