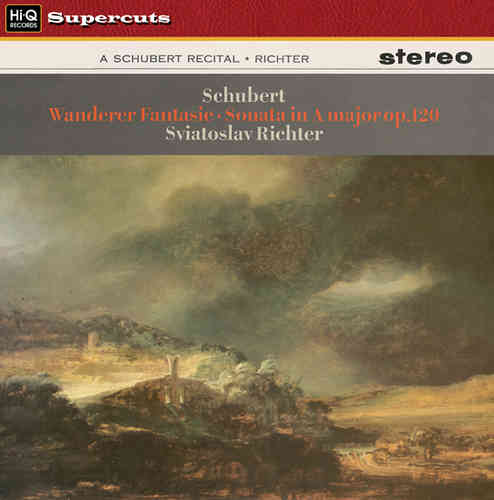 Hi-Q Records is a label that stands for the Highest in Quality Audiophile Recordings!

These Classical LPs have been faithfully reproduced from the Original Analogue EMI Master Tapes, Cut at Abbey Road Studios

Pressed on the original EMI presses at The Vinyl Factory in Hayes, England and feature all original album artwork and packaging

‘“Good – I’ll play it three more times”. The place was Paris, the Salle Wagram. The time was two o’clock in the morning, late February 1963. The speaker was Sviatoslav Richter, and ‘it’ was the opening Allegro , 188 strenuous bars long, of Schubert’s Wanderer Fantasy.’ So starts the original sleeve note on this LP, which is unusually an account of the recording sessions rather than a note on the music. Ironically Richter disliked recording in a studio and preferred an audience but nevertheless the performances captured here are, as Gramophone remarked, “really something very special.”

·         Recorded on 11-13, 16, 18 February & 11-12 April 1963 at Salle Wagram, Paris with legendary producer Peter Andry and engineer Paul Vavasseur.
Cut at Abbey Road Studios from the original stereo analogue master tapes with the Neumann VMS82 lathe fed an analogue pre-cut signal from a specially adapted Studer A80 tape deck with additional ‘advance’ playback head, making the cut a totally analogue process.
Pressed on 180g vinyl to audiophile standards using the original EMI presses by The Vinyl Factory in Hayes, England.
Featuring the original album artwork, with notes in English, German and French.
·         The original November 1963 review in GRAMOPHONE RF remarked of the Wanderer Fantasia:
·         “Richter pounds away at the outer movements with just the steely brilliance they need. This is tremendously athletic playing, overpowering in effect...”
and overall:
“...this Richter performance is really something special, quite apart from the fact that he is more realistically recorded than Brendel...”
Tracklisting:
Side One
1.   Schubert: Fantasia in D Major, D760 (“Wanderer”) Allegro con fuoco ma non troppo-Adagio-Presto-Allegro
Side Two
Schubert: Sonata in A Major, D664 – Allegro moderato
Andante
Allegro
Sviatoslav Richter
pianoforte 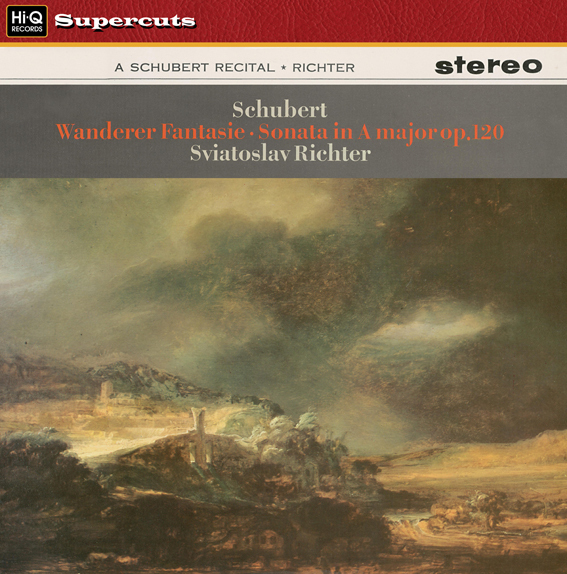