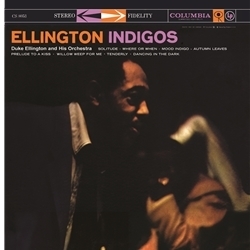 This is ear and soul candy wrapped in a tidy package." - Dennis Davis, HiFi+ Magazine

"Hugely recommended, and one of the best Ellington reissues to date!" - Robert H. Levi, Positive Feedback

"Absolutely a sonic masterpiece... Hugely recommended, and one of the Best Ellington reissues to date! LP review

Mastered by Kevin Gray from the Original Analog Tapes & Pressed on 180g Audiophile Vinyl for the Very First Time!

Limited to Only 2,500 Copies! From the cats who brought you Time Further Out and Friday and Saturday Nights At the Blackhawk, Impex Records is pleased to present Duke Ellington's classic 1957 Columbia Records release Ellington Indigos.

Ellington and his all-star ensemble lay back on this beautiful set of swinging, romantic ballads now available for the first time in pristine 180g vinyl. Kevin Gray's all-analog mastering brings out the nocturnal mood, while keeping things warm and mellow. A deep soundstage, mellifluous lows and crystalline highs make Indigos a perfect accompaniment to your late night listening!

The sophisticated 9-song affair features definitive readings of such jazz standards as "Mood Indigo," "Autumn Leaves" and "Prelude To a Kiss" among others. "This reissue by Impex was mastered by Kevin Gray.

The highs have not disappeared from the tapes - cymbals retain their shimmer and the upper registers of the piano have not suffered from tape degradation. Indeed, in the high frequencies the Impex has more information than my original pressing. Improvements can also be noted in the middle registers, where the instruments have a slightly fuller, more textured sound than on the already fine original.

This is ear and soul candy wrapped in a tidy package." - Dennis Davis, HiFi+ Magazine, January 2013

The Impex reissue is clearly superior to every version I’ve heard, perhaps being equal with the very rare and expensive original 2-track stereo tape, although the tapes have a good bit of hiss. The clarity of the mastering and the high quality vinyl allow the listener to hear the subtle shadings and unique textures of Ellington’s orchestra. I can’t think of a better example of Ellington at his most laid back than Indigos. For some, it might be a little too subtle. There is inner beauty and luxury here that rewards repeated listening. - Dagogo Review

"The recording is superb in every way: texturally, harmonically and especially spatially. I guess it's difficult for some to imagine 1957 producing an utterly transparent, three-dimensional recording but trust me, everything you might be looking for sonically is here. Finding a quiet original is not easy, especially because of the purposely quiet and somewhat distant production. It's designed to make you step into it, not bring it to you. Kevin Gray's cut from a 1:1 copy at 30IPS from the original master is to my ears better than any of the originals I have here, particularly in terms of high frequency extension and transparency.

Of course the RTI pressing is dead silent. What a treat!" - Michael Fremer, analogplanet.com, Music 9/10, Sound 9/10!

5. The Sky Fell Down

6. Prelude To a Kiss

7. Willow Weep For Me

9. Dancing In the Dark 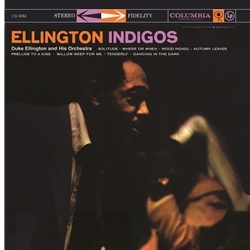