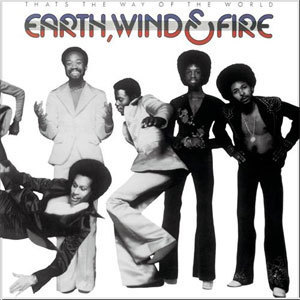 So grab those hot pants, bell bottoms and platforms and be prepared to get your groove on one more time–Impex has done this record proud. Neil Gader the Absolute sound

Okay, in 1975 I’m just another white kid living in L.A. listening to one mellowed out, guitar strumming singer-songwriter after another and still mourning the break-up of the Beatles. But I was also a Top 40 addict, my entire waking day underscored by hits pouring out of my little Sony transistor from local AM stations like KHJ and KRLA (anyone remember Dave Hull, the Hullabalooer?)

And these included infectious, mega hit’s like “Shining Star” (#1 that year) and the title track, “That’s The Way Of The World” (reached #12) by the then new R&B/Funk band Earth Wind & Fire. EWF, founded by Maurice White in Chicago in 1969 the band is most remembered for its sophisticated cross-genre writing, tight rhythm arrangements, a blazing horn section and definitive vocal harmonies courtesy of White and Philip Bailey (many will remember Bailey's solo effort Chinese Wall and the hit duet “Easy Lover” with Phil Collins in 1985.) Hearing these tunes again reproduced in this fresh-out-of-the-oven remastering by Impex Records is a revelation. Sorry to say, I don’t have the original vinyl but I can’t imagine it coming within a funky mile of this reissue.

One expects great results when Impex Records and RTI collaborate with the original analog master tapes but if you’ve grown up only experiencing this music on the radio or Pandora, you’re in for a real treat. The tracks are alive with dynamics, multi-vocal articulation, buttery harmonies and a rhythm section that just won’t quit. I wish there was less compression and a bit more low end but these were common reecording/engineering characteristics for the pop releases of that era. Ranked By R.S. as one of the 500 Greatest Albums of All Time it was the number one best-selling R&B album of 1975 and certified triple platinum.

So grab those hot pants, bell bottoms and platforms and be prepared to get your groove on one more time–Impex has done this record proud. Neil Gader the Absolute sound June 2013 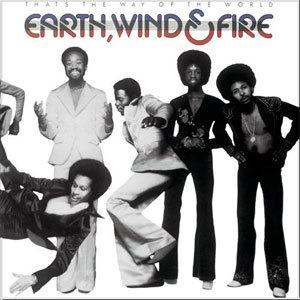