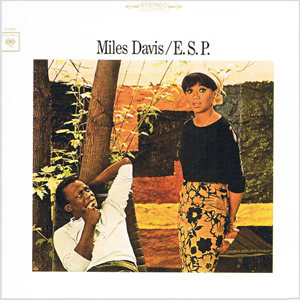 Mastering by Chris Bellman at Bernie Grundman - Pressed at RTI

This AAA IMPEX reissue is a fine rendering of this important Miles Davis record cut with care by Chris Bellman on Grundman's all tube system. It’s the one where Davis breaks free of both bop and melodic standards and begins charting a new course that would take him and jazz fans into new uncharted (or charted) territory. A fine record and reissue. Just don't expect sonic miracles when none can be had. - Michael Fremer Analogplanet.com

ESP marks the beginning of a revitalization for Miles Davis, as his second classic quintet -- saxophonist Wayne Shorter, pianist Herbie Hancock, bassist Ron Carter, and drummer Tony Williams -- gels, establishing what would become their signature adventurous hard bop. Miles had been moving toward this direction in the two years preceding the release of ESP and he had recorded with everyone outside of Shorter prior to this record, but his addition galvanizes the group, pushing them toward music that was recognizably bop but as adventurous as jazz's avant-garde. Outwardly, this music doesn't take as many risks as Coltrane or Ornette Coleman's recordings of the mid-'60s, but by borrowing some of the same theories -- a de-emphasis of composition in favor of sheer improvisation, elastic definitions of tonality -- they created a unique sound that came to define the very sound of modern jazz. Certainly, many musicians have returned to this group for inspiration, but their recordings remain fresh, because they exist at this fine dividing line between standard bop and avant.

On ESP, they tilt a bit toward conventional hard bop (something that's apparent toward the end of the record), largely because this is their first effort, but the fact is, this difference between this album and hard bop from the early '60s is remarkable. This is exploratory music, whether it's rushing by in a flurry of notes or elegantly reclining in Hancock's calm yet complex chords. The compositions are brilliantly structured as well, encouraging such free-form exploration with their elliptical yet memorable themes. This quintet may have cut more adventurous records, but ESP remains one of their very best albums.

First audiophile reissue of Miles Davis' E.S.P. LP using all-tube/all analog mastering by Chris Bellman at Bernie Grundman Mastering. Featuring faithfully reproduced jacket and labels. Individually numbered and strictly limited to 3,000 copies.
"ESP marks the beginning of a revitalization for Miles Davis, as his second classic quintet -- saxophonist Wayne Shorter, pianist Herbie Hancock, bassist Ron Carter, and drummer Tony Williams -- gels, establishing what would become their signature adventurous hard bop. Miles had been moving toward this direction in the two years preceding the release of ESP and he had recorded with everyone outside of Shorter prior to this record, but his addition galvanizes the group, pushing them toward music that was recognizably bop but as adventurous as jazz's avant-garde... [With] a de-emphasis of composition in favor of sheer improvisation, elastic definitions of tonality -- they created a unique sound that came to define the very sound of modern jazz. Certainly, many musicians have returned to this group for inspiration, but their recordings remain fresh, because they exist at this fine dividing line between standard bop and avant." - Stephen Thomas Erlewine, allmusic.com, Rated 4.5/5 Stars

Audiophile vinyl reissue perfectionists work just as hard at their craft as museum conservators but don’t get nearly as much credit–or income. Conservators restore poorly maintained, damaged, or otherwise neglected art to pristine condition to hang on walls of art institutions or to be sold at auction.

Isn’t music conservation similar? Or does Walter Benjamin’s premise (in his essay The Work of Art in the Age of Mechanical Reproduction) that reproduced art isn’t as valuable, doesn’t have the “aura” of the original at work here? One thing is clear: both art and music conservators demonstrate the same dedication to artistic quality in their respective trades. And I can tell you that I’ve gotten more pleasure out of listening to Miles Davis over the span of my life than I have seeing great works in museums. Perhaps that’s because I’m more hard-wired to love music; it’s a more primal force for me.

I would also add that in an age of digital files, computer audio, and ipods, lp’s with original artwork, or just a visit to Amoeba Music, would suggest that the original product does indeed have an aura that is lacking in a digital file.   Think of the excitement of a collector or fan in finding a new sealed copy of an lp that came out 50 years ago?  This has happened to me and it is a thrill.  An Implex reissues are most certainly in this league.

In the case of Impex Records, an audiophile LP and CD reissuer, conservation duties are similar. First to persuade the record company–the repertoire owner–to let them examine the original master tapes, which isn’t always easy. Often what is offered is a digital file of the original session, which only serves to defeat the purpose of reissuing an analog LP anyway; such a digital file is only an approximation of the original session. For purists, this amounts to corruption. Then the audio conservator, e.g., Impex, has to see what amount of degradation the master tape has suffered, and figure out how to restore it…similar to a painting. In the case of Miles Davis‘ case, it’s almost 50 years, as E.S.P. was originally issued in January, 1965.

Impex Records’ devotion to detail, both sonic and artwork, is impressive. Like museum conservators, they treat the recording like a work of art. They restore the sound. They make sure the cover art is clear, color separation is flawless, and most importantly, put it on a silent, flawless vinyl pressing that is usually quite superior to the original pressing. The cover art of this album is a priceless bit of history: Miles, glaring quizzically at his beautiful dancer-wife, Frances Taylor, the shot taken just after a three-day bender and the huge fight that followed.

This and every other aspect: Impex gets all the details straight. Whether it’s the “six eyes” center sticker on vinyl from the early 60s, or the later red label Columbia used. Impex Records are impressive in their weight as well. I’ve mentioned that before the first oil crisis of 1973 made record companies cut back on the amount of petroleum product they could use for making vinyl records to save money. Like other audiophile reissuers, Impex only uses virgin vinyl, no cheap mixtures. Original poetic liner notes by Ralph Gleason on the back cover (you don’t get this on an iPod or a CD). Timings on the bottom. Everything is just as it was originally, only better. Much better.

For Impex, these reissues are a labor of love and pursuit of perfection. And although vinyl sales have increased in recent years, only true believers will spend $30 on an LP. But it’s worth every penny. Nobody’s getting rich here. They do it for the love of the music. Sadly, nobody in the reissue business makes nearly as much as a good museum conservator. For Impex and other companies, it’s a labor of love aimed at passionate music lovers who know analog always sounds better. Hearing a well-done analog vinyl reissue would make anybody an instant believer. Steve Jobs, who only listened to vinyl at home and was working with Neil Young to make digital sound more like analog recordings, would have appreciated Impex Records. Let’s hope he had a chance to hear them, before shuffling off this mortal coil.

p.s.:  after repeated comparative listenings with other audiophile lp reissuers, I have come to the conclusion that Impex is the most obsessive in its pursuit of perfection.  There is just no contest here. 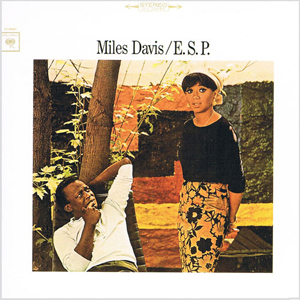