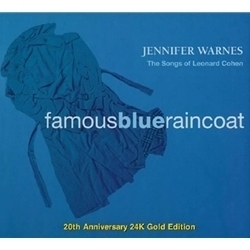 FBR is an iconic audiophile record and Jennifer Warnes is by reputation a perfectionist of the first order in just about every facet of her music. This also extends to all matters where reissues and re-masters of her albums are concerned. She is an extremely possessive and hands on artist and I imagine her collaboration with Bernie Grundman  was far from straight forward during the re-mastering process. However, the results are spectacular and put simply, Jenny sings Lenny like you’ve never heard it before. This is a sumptuous sounding and beautifully presented  FBR now has an improved momentum and a deeper bass, which strengthens the rhythmic sense of Jenny’s delivery as it propels us through these exceptional and well-loved Leonard Cohen songs.

The transparency, delineation and overall presentation of her delicious vocals . It prevents any chance of familiarity breeding contempt. HiFi+ - Issue 58 Reuben Parry I I  I have been waiting two decades to hear it like this.  Jennifer Warnes 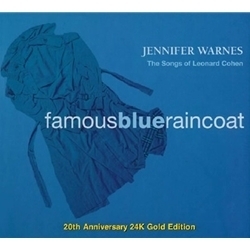