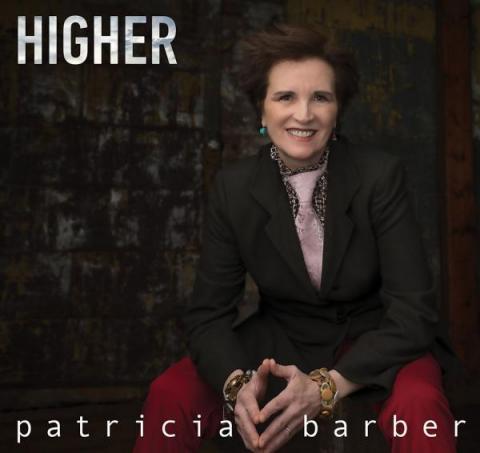 Like most TAS readers, I first heard Patricia Barber, whose career here approaches the 40-year mark, on Café Blue, her 1994 album that made her a star in high-end audio, owing to a superb recording by her long-time engineer Jim Anderson, and also among connoisseurs of innovative, cutting-edge jazz. Layered with multiple meanings, these introspective songs require and reward repeated listening. Inventive takes on three standards from the Great American Songbook fill out the program. The contributions from Barber’s instrumental quartet are first-class. Immediate, close-up, transparent sonics Music 5/5 Sound 5/5 TAS

our first full collaboration with jazz royalty Patricia Barber, Impex Records is thrilled to announce our premier multichannel audio SACD/Hybrid disc of her elegant new album Higher. Recorded and mixed by long-time collaborator Jim Anderson, this spectacular set contains a unique eight jazz-interpreted art-song cycle that explore the mysteries that bind and illuminate us. Barber says of her six year creation of Higher, "I feel very much that this album is a manifestation of my hard-won harmonic evolution." She continues her blending of classical and modern idioms, both musical and lyrical, into a hybrid that plays to the best of both: classically-oriented with room to improvise and expand.

The Impex Records exclusive SACD version contains four additional tracks: jazz standards "Early Autumn", "Secret Love" and "In Your Own Sweet Way", along with an expanded version of "The Opera Song" featuring lyric soprano Katherine Werbiansky. Both 5.1 and 2.0 SACD layers were transferred directly to DSD from original DXD (352.8kHz / 32 bit) files for astonishing reproduction of every living note and subtle expression in this truly seminal work by one of America's finest jazz auteurs.

Higher bears the earmarks of an audiophile classic: music of substance in excellent sound...
-Jason Victor Serinus, Stereophile Magazine Recording Of The Month
Few performers in or out of jazz are as consistently brilliant as Patricia Barber. ...Brainy. Beautiful.-Jazz Times
It's about love for music, and love as music. -Tyran Grillo, All About Jazz
If you appreciate jazz vocal artistry in the highest possible sound quality, Patricia Barber's Higher belongs in your collection. -Mark Werlin, NATIVEDSD.
...from a textual and musical point of view, Higher is a poetic gem that far surpasses Barber's previous works. And that is remarkable for an artist who has set the bar extremely high for herself for three decades. -Marc De Boer, Hi Fi NL
...it deftly demonstrates the element that has kept us Barber fans going all these years - the intricate trio that provides a setting for the sincere, humble, irresistible talent of a Chicago gem.
-Jeff Cebulski, Chicago Jazz Magazine, Mr. C's Reviews