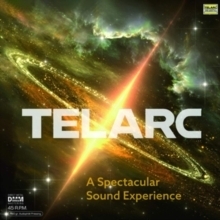 Telarc was launched in 1977 as a pure classic label. Founders were the classic musicians Jack Renner and Robert Woods. They quickly became known for the high quality of their recordings and their special Telarc sound. Over time, the label gathered over 50 Grammy Awards. Telarc has enjoyed many years of relationships with the Prince of Pops Erich Kunzel & Cincinnati Pops Orchestra, Robert Shaw & Atlanta Symphony Orchestra and Leonard Slatkin & St. Louis Symphony Orchestra. Numerous legendary recordings testify to the creativity of these relationships.

Telarc: A Spectacular Sound Experience reflects some of the highlights of this extraordinary creative power of these relationships.