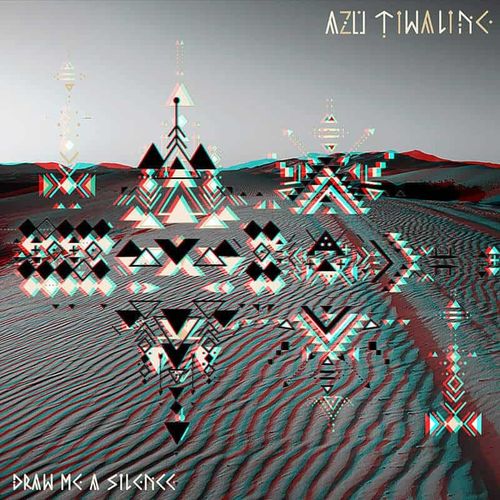 Azu Tiwaline's Draw me A Silence  Will Not Leave You Wondering if Your Subwoofer is Working! impeccable, pristine productions on this record. Every track on this album is spacious, pulsing and alive. LP is punchy, clean and renders higher frequency elements with startling realism in three-dimensional space. It goes without saying that the low end is visceral, deep and satisfying. This record can be played loud (and you should) without rawness, distortion or pressing artifacts. You will not get lost in this record; it is presented with an obsessive, driving potency that will keep you in a state of sonic hyper-vigilance from start to finish I sincerely hope this magnificent LP is an inspiration to other musicians and producers from beyond the First World. If you have a sound system that can transport you, allow Azu Tiwaline to transport you somewhere dark, entrancing, and deep. Sound 10/10 Music 10/10 Analogueplanet

Exploring her Berber heritage via a kaleidoscopic mixture of psychedelia, dub, industrial and techno, Tunisian-based producer Azu Tiwaline releases her debut album Draw Me A Silence. Released over two halves earlier in 2020, the entire record arrives on vinyl and demands to be listened to as a whole.

In the last three years, Loan has morphed into Azu Tiwaline, “a new name for a new spirit” following her relocation to Southern Tunisia where her mother’s family is from. Connecting the dots between North African polyrhythms, Berber music, ambient, techno and dub, the Azu Tiwaline project solely strives for percussion-driven trance and hypnosis.