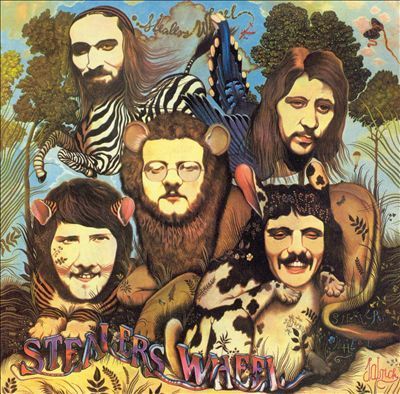 So you have first rate packaging, Kevin Gray's impeccable mastering, and RTI's plating and pressing. Reissues do not get any better than this. Sound 9/10 Michael Fremer Analogplanet.

The remastering and repressing (courtesy of the dream team of Kevin Gray and RTI, respectively) are a revelation, and this version buries my original. I always knew there were layers of depth behind the surface of these songs, but I never dreamed how many layers of musical subtlety were there. The increase in resolution, transparency, separation, depth, dynamic range and bandwidth is frankly remarkable. Tonality is much more natural, the sense and shape of the playing more obvious, rhythm and pace more explicit and insistent, the acoustic space captured in the arrangements cavernous in comparison. Much of this has to do with the bottom end that goes way deeper and is way more powerful. Is this an audiophile-standard recording? No -- it’s a really good commercial rock recording, and this pressing screws every last ounce of quality out of it. -Sound 4.5/5 Music 4.5/5 TheAudioBeat

The short but legendary recording career of Stealers Wheel is defined by the pinnacle reached with its first two albums. Listening to this extraordinary self-titled 1972 debut effort it's easy to hear why many thought Jerry Rafferty and Joe Egan's Stealer's Wheel would become the UK's answer to Crosby, Stills, Nash & Young. The duo's distinctive songwriting style is in full evidence, marrying ultra-catchy hooks and melodies to thoughtful but biting lyrics laced with black humor and sharp satire.