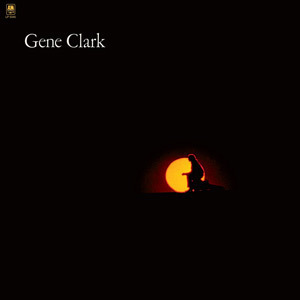 Mastered by Kevin Gray at Cohearent Audio - Pressed at RTI

list of 100 "must have" all-analog in print records and this one has been added to the list. Highly recommended, even if, no, especially if you have a treasured original A&M pressing. This reissue kills the original in every possible way Sound 9/10 Music 9/10 Michael Fremmer  Analogplanet.

InterventAnalogplanet's Best Reissues of the Decade! 2020

ion Records’ reissue of White Light is, to me, a perfect album -- one of those rare recordings earning five stars for music, sound and presentation. It receives my highest recommendation, and, in a manner of speaking, it is an album you can curl up with.-5/5 TheAudioBeat

Most who listen to an original A&M copy of White Light would not recognize any hidden gold in the master tapes. A comparison with Intervention’s reissue, however, shows otherwise. In the original, the guitars sound almost like toy instruments. There is little texture, which negatively impacts the timing of the music, decidedly sluggish on the original pressing.  Intervention’s copy takes a so-so-sounding recording and turns it into a reference-class disc. - Dennis Dvis Vinylreviews

Classic Solo Album From Founding Member of The Byrds!

White Light is a bittersweet and knowing statement from a singer/songwriter at the peak of his creative powers. Having fronted The Byrds, Clark on his own here is stripped down in guitarist Jesse Ed Davis' stark production. The lyrics, singing and guitar playing are so powerful that less production here is immeasurably more musically.

White Light's 180-gram LP is 100% Analog Mastered by Kevin Gray at CoHEARent Audio from the best source available- phenomenal-sounding 1/2" safety copies of the original stereo master tapes. The results are amazing! The beautiful guitar playing is full and rich, and listeners can hear the full body of the instruments, not just the strings. Gene's aching vocals have never been so emotive and immediate.

The album art is beautifully restored by IR's Tom Vadakan and housed in a film-laminated, Old Style "Tip-On" jacket printed by Stoughton.

"... one of the greatest singer/songwriter albums ever made." - All Music: