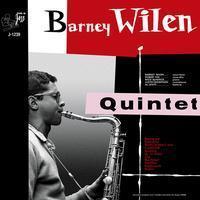 Miles Davis heard Barney Wilen for the first time during a jam session at the Club Saint-Germain in Paris, he exclaimed: "This is the best tenor saxophone I've heard in Europe, he plays tenor in an authentic way, much better than many current stars in the States."

Wilen's mother was French, his father a successful American dentist-turned-inventor. He grew up mostly on the French Riviera; the family left during World War II but returned upon its conclusion. According to Wilen himself, he was convinced to become a musician by his mother's friend, the poet Blaise Cendrars. As a teenager he started a youth jazz club in Nice, where he played often.

He moved to Paris in the mid-'50s and worked with such American musicians as Bud Powell, Benny Golson, Miles Davis, and J.J. Johnson at the Club St. Germain. His emerging reputation received a boost in 1957 when he played with Davis on the soundtrack to the Louis Malle film "Lift to the Scaffold." Two years later, he performed with Art Blakey and Thelonious Monk on the soundtrack to Roger Vadim's "Les Liaisons Dangereuses" (1960). He's probably the first non-US musician to play at the Newport Jazz Festival — it was in 1959.

In 1957 he made his very first album as leader, The Barney Wilen Quintet for the U.S. label Guilde du Jazz / Jazztone at the age of 20. Unfortunately, this record was not widely distributed in France because Barney was under contract with the French label Vogue. This album reflects joy and sadness on an emotional level by the subtletly of Wilen's musical imagination and physical releasing the essential siprit of jazz swing. On this so rare record, Barney plays with: On alto sax Hubert Fol, who recorded twice with Django Reinhardt. On piano Nico Buninck, born in Amsterdam, is considered one of the best young pianist in his country. Lloyd Thompson is a young talented bassist who played with Lester Young, Dizzy Gillespie and Kenny Clarke. On drums Al Levitt, 25, has already toured in the U.S.A with Charles Mingus, Lennie Tristano, Stan Getz and Lee Konitz. 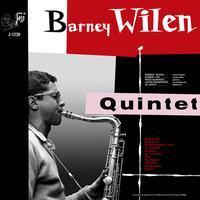