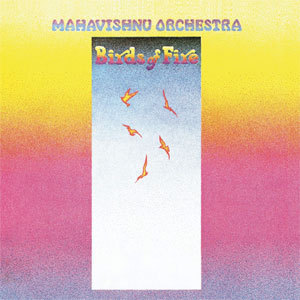 Speakers Corner has done justice to this seminal recording. The sonic explosiveness of McLaughlin’s guitar is captured in all it’s distorted glory. To fully appreciate the Birds Of Fire vinyl upgrade, listening to it at increased volume with superior headphones is recommended. The ear-splitting, incendiary power of this band (and of course McLaughlin’s guitar) is spellbinding.- Sound 4.5/5 AudiophileAudition

for the record itself, it maintains the high standard set by Speakers Corner. A sticker on the shrink-wrap proudly proclaims “This LP is an entirely analogue production” and it sounds it, sourced from original master tapes and cut using Neumann cutting consoles. The sound reminds me of the pop albums I listened to in the late 1960s and the 1970s, except it's much cleaner, with less compression and greater dynamic range. The sturdy jacket presents an excellent re-creation of the original artwork. Pallas pressed, the 180-gram vinyl LP is nestled in a nice inner sleeve and is dead quiet, ruler flat and free of blemishes. Consistent with Speakers Corners’ adherence to accuracy, the record label is a fine facsimile of the red/gold Columbia label used from the 1970s through the 1990s - Sound 5/5 The Audio Beat

Emboldened by the popularity of Inner Mounting Flame among rock audiences, the first Mahavishnu Orchestra set out to further define and refine its blistering jazz-rock direction in its second -- and, no thanks to internal feuding, last -- studio album. Although it has much of the screaming rock energy and sometimes exaggerated competitive frenzy of its predecessor, Birds of Fire is audibly more varied in texture, even more tightly organized, and thankfully more musical in content.

A remarkable example of precisely choreographed, high-speed solo trading -- with John McLaughlin, Jerry Goodman, and Jan Hammer all of one mind, supported by Billy Cobham's machine-gun drumming and Rick Laird's dancing bass -- can be heard on the aptly named "One Word," and the title track is a defining moment of the group's nearly atonal fury. The band also takes time out for a brief bit of spaced-out electronic burbling and static called "Sapphire Bullets of Pure Love." Yet the most enticing pieces of music on the record are the gorgeous, almost pastoral opening and closing sections to "Open Country Joy," a relaxed, jocular bit of communal jamming that they ought to have pursued further

. This album actually became a major crossover hit, rising to number 15 on the pop album charts, and it remains the key item in the first Mahavishnu Orchestra's slim discography.

Guitarist John McLaughlin was in on the birth of jazz-rock fusion, having played with both Miles Davis and Tony Williams' Lifetime in the early '70s. McLaughlin applied what he'd learned from these artists to his own pioneering fusion band, the Mahavishnu Orchestra. This second effort is the Orchestra's definitive recording. The tempestuous mix of jazz, rock and Eastern influences is at its height here, and all of the players in this notoriously ego-plagued group challenge themselves - and each other - to push the envelope.
Musicians:
The Mahavishnu Orchestra
John McLaughlin, guitar
Rick Laird, bass
Billy Cobham, percussion
Jerry Goodman, violin
Jan Hammer, keyboards
Birds of Fire
Miles Beyond
Celestial Terrestrial Commuters
Sapphire Bullets of Pure Love
Thousand Island Park
Hope
One Word
Sanctuary
Open Country Joy
Resolution 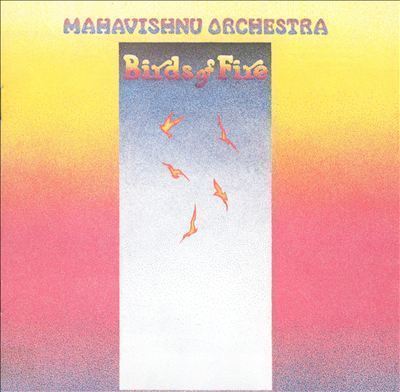