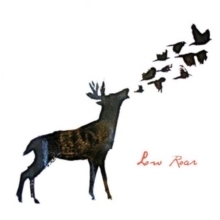 Art echoes the loudest from periods of isolation. Low Roar—the musical vision of Ryan Karazija—turns those moments of solitude into airy and ambient soundscapes materializing into anthemic melodies.

Born in the Bay Area to a mother of Mexican descent and a Lithuanian father, the frontman spent his formative years playing in bands around Northern California before relocating to Iceland in 2010 where he recorded Low Roar’s self-titled debut in his Reykjavik kitchen. Quietly building buzz, he cut the critically acclaimed follow-up, 0, in a converted garage during 2014 before going on to grace the stages of Eurosonic, Airwaves France, The Great Escape, ATP, Lowlands, Iceland Airwaves, and beyond.