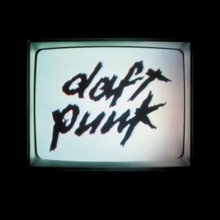 Daft Punk return with their first new studio album in four years, entitled Human After All. This is their third studio album to date and the follow-up to 2001's Discovery. Thomas Bangalter and Guy Manuel de Homem Christo recorded the ten tracks of the new album in just six weeks between September and November 2004, in their home studio in Paris. The French electronic music duo came to worldwide attention in 1997, with the release of their debut album Homework. A mix of guitars and machines, Human After All takes us from the hardcore "Brainwasher" to the pumping "Technologic", with the addition of rockier tracks such as "Robot Rock" and emotional moments such as "Make Love".