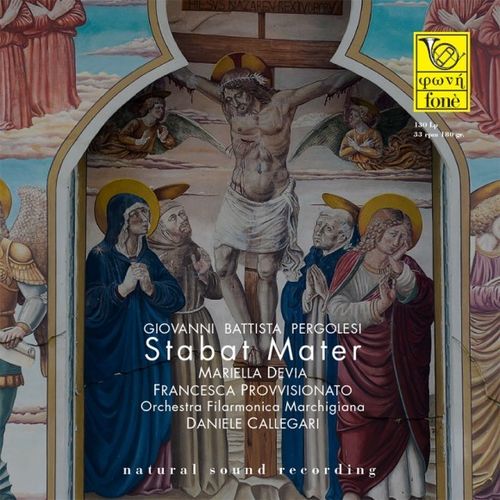 This album features one of the most beautiful sacred compositions in the history of music.

In this recording two great singers are protagonists: Mariella Devia, soprano, and Francesca Provvisionato, mezzo-soprano, masterfully directed by Daniele Callegari. Giulio Cesare Ricci for this recording did not choose a church but the intriguing acoustics of the Lauro Rossi Theater in Macerata. He used only two sets of microphones, two Neumann M49 and two Neumann U47s. The mastering is by Ricci using the Signoricci system, entirely analog and tube. The master was made by transferring the analog master recorded with the Nagra 4s 15ips, 1/4 inch 2 tracks to the Ampex ATR 102, 2 tracks, 1/2 inch, 30ips. No editing. All the tracks on this record are heard as they were performed.

This is a recording where you can fully appreciate the timbre of the voices, the colors of the instruments, the orchestra and "the depth and height of the sound," Ricci says.