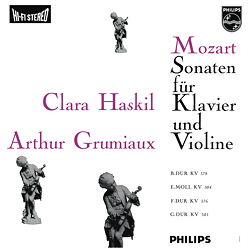 The two plates that Clara Haskil and Arthur Grumiaux in the late 1950s with six Mozart sonatas for piano and violin (the two instruments of priority to name accordingly) recordings, are still regarded as a model, are considering the later recordings ( to be desired often enough left). After being out of print for many years, they were republished years ago as part of an album with seven LPs, which was dedicated Haskil (1895-1960). Now here is again a first edition with four sonatas, whose sound is so lively and free from background noise, as if it had only received yesterday, although it is present only in mono. Really a fantastic edition: only hope that the other two Mozart sonatas (K454 in B Minor and K526 in A Major) will follow, as well as the ten Beethoven sonatas. - Gramophone 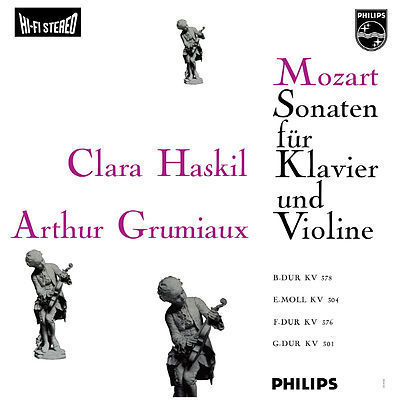