Who's That Man - A Tribute to Conny Plank : Various Artists - 2LP 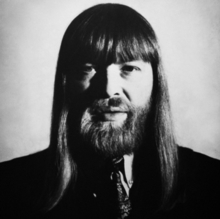 This story is typical of Conny Plank. His contemporaries describe him as an extremely amiable producer, yet he could quickly forget all graciousness when it came to issues like work ethic and the ignorance of the media and the music industry.

Conny Plank was a name anyone who grew up with cutting-edge music in the 1970s and early 1980s was bound to be familiar with, particularly if he or she read the small print on record covers – a habit not at all uncommon among music enthusiasts. The phrase “Produced by Conny Plank” could be found on dozens of record covers. Many of these albums – from bands like Kraftwerk, Neu!, La Düsseldorf, Kluster, Michael Rother, Ash Ra Tempel, Scorpions, Brian Eno, Can, Ultravox, DAF, Devo, Eurythmics – are now considered classics.