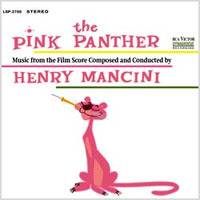 Outstanding recording of an absolute classic. Terrific sound.If you like Mancini’s music, either for reasons of retro-cool or simply because it is most enjoyable in its own right, you cannot go wrong with either of the Speakers Corner LPs. They are beautifully made and very much worthy successors to the originals - AUDIOBEAT Review

"Henry Mancini is one of the most talented fellows one could wish to meet. He has made quite a name for himself. That of Mancini, to be exact, and very famous in the bargain. But lest I be thought guilty of gross flattery, I feel I should point out that in private life he can be rather difficult. I once pointed this out to him and he kicked my shin.

A lot of his music has been issued in the form of long-playing records. The great advantage of this is that you can sit and listen to Hank’s score without having to sit through the film. As yet, you cannot see the film without having to sit through the music. However, I understand that scientists are perfecting a device that may make this possible."

The film director Blake Edwards brought into existence what is probably the best opening sequence to his comic crime film when he commissioned a young enterprising company to produce an animated Pink Panther cartoon film. The creative team came up with the idea of giving the cold, glittering diamond the guise of a cool, pink panther, which leads a bungling detective on a merry dance to the slinky sound of the Panther theme.

Mancini would not be Mancini if he did not bathe the film location – the skiing resort Cortina d’Ampezzo –in highly varied musical colours and genres. His well-known love for dance music finds itself in the samba ("It Had Better Be Tonight"), the shuffle ("Champagne And Quail"), and the cha-cha ("Something For Sellers"). But also the ballad, sung by a muted trumpet and saxophone ("Royal Blue"), or the simple combination of keyboard and strings ("Piano And Strings") are all woven into the story.

One of the most memorable and delightful sounds is that of the accordion, whose melodies evoke an atmosphere that is filled with the Bohème, Paris and the sound of the musette. This music is never gaudy, but subtle, just like a panther padding quietly along.

2. It Had Better Be Tonight (instrumental)

1. It Had Better Be Tonight 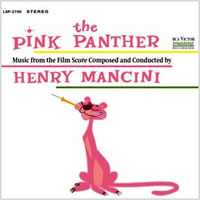