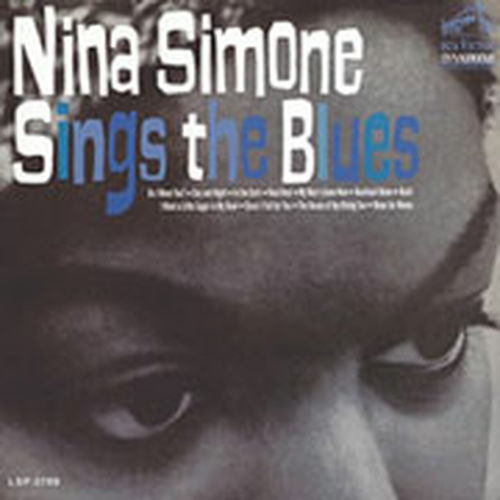 This is an incredible album. Nina has an amzaing voice and this album sounds incredible. An audiophile must.-  LPreview

Originally released in 1967, this is Nina Simone’s debut release for RCA Records. Featuring a stellar backing band that includes, amongst others, Eric Gale and Bernard "Pretty" Purdie, Sings

The Blues is an incredible mix of blues, soul, gospel, folk, jazz, and more. With Nina handling piano and vocal duties, the band slow burns through a killer selection of songs (including a track from Porgy & Bess and one whose lyrics are penned by the immortal Langston Hughes).

The recently-deceased Nina Simone singing at her passionate best on this 1967 release. This is a tremendous artist accurately reproducing native blues in a most compelling fashion. There are no mannerisms. Affectation never enters the picture. There is no hiding behind big bands, studied arrangements or audio effects.

Miss Simone simply sings - with heart at all times, with guts on certain tunes and with abandon on everything.

In both her public and private life, Nina Simone was adamant about one thing, namely, what she simply would not tolerate. She sometimes complained about the miserable erotic prowess of her lovers, while at other times her audience were a target for her tongue. Sometimes she cancelled her performances at short notice and held a tirade against show business as such. In her music, rooted in gospel, she sought a path which took her down a middle course between jazz and pop, thus earning her the title of High Priestess Of Soul (as in the LP title) with her rock fans in the Sixties.
The present blues album was recorded during what was undisputedly her most productive phase. It is a recording which does not swim with the tide of the times in that it does not employ massive forces or seek the twang of electrification. Instead Nina Simone’s wonderfully sleek contralto voice bathes in the gentle timbre of an organ and a pithy, pulsating – but by no means stomping – rhythm. The cool, unemotional number “Sings The Blues“ guarantees riveting tension and the authenticity of the genre which is, of course, the be all and end all of music for every black artist. Surely no compilation, no matter how carefully conceived, could possibly mark the diva’s 70th birthday in February and sudden death in April 2203 better than this re-release. 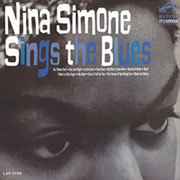 20 Years pure Analogue
Are your records completely analogue?
Yes! This we guarantee!
As a matter of principle, only analogue masters are used, and the necessary cutting delay is also analogue. All our cutting engineers use only Neumann cutting consoles, and these too are analogue. The only exception is where a recording has been made – either partly or entirely – using digital technology, but we do not have such items in our catalogue at the present time
Are your records cut from the original masters?
In our re-releases it is our aim to faithfully reproduce the original intentions of the musicians and recording engineers which, however, could not be realised at the time due to technical limitations. Faithfulness to the original is our top priority, not the interpretation of the original: there is no such thing as a “Speakers Corner Sound”. Naturally, the best results are obtained when the original master is used. Therefore we always try to locate these and use them for cutting. Should this not be possible, – because the original tape is defective or has disappeared, for example – we do accept a first-generation copy. But this remains an absolute exception for us.
Who cuts the records?
In order to obtain the most faithful reproduction of the original, we have the lacquers cut on the spot, by engineers who, on the whole, have been dealing with such tapes for many years. Some are even cut by the very same engineer who cut the original lacquers of the first release. Over the years the following engineers have been and still are working for us: Tony Hawkins, Willem Makkee, Kevin Gray, Maarten de Boer, Scott Hull, and Ray Staff, to name but a few.
At the beginning of the ‘90s, in the early days of audiophile vinyl re-releases, the reissue policy was fairly straightforward. Companies such as DCC Compact Classics, Mobile Fidelity, Classic Records and others, including of course Speakers Corner, all maintained a mutual, unwritten code of ethics: we would manufacture records sourced only from analogue tapes.
Vinyl’s newfound popularity has led many other companies to jump on the bandwagon in the hope of securing a corner of the market. Very often they are not so ethical and use every imaginable source from which to master: CDs, LPs, digital files and even MP3s.
Even some who do use an analogue tape source employ a digital delay line, a misguided ’80s and ‘90s digital technology that replaces the analogue preview head originally used to “tell” the cutter head in advance what was about to happen musically, so it could adjust the groove “pitch” (the distance between the grooves) to make room for wide dynamic swings and large low frequency excursions. Over time analogue preview heads became more rare and thus expensive.
So while the low bit rate (less resolution than a 16 bit CD) digital delay line is less expensive and easier to use than an analogue “preview head”, its use, ironically, results in lacquers cut from the low bit rate digital signal instead of from the analogue source!
Speakers Corner wishes to make clear that it produces lacquers using only original master tapes and an entirely analogue cutting system. New metal stampers used to press records are produced from that lacquer. The only exceptions are when existing metal parts are superior to new ones that might be cut, which includes our release of “Elvis is Back”, which was cut by Stan Ricker or several titles from our Philips Classics series, where were cut in the 1990s using original master tapes by Willem Makkee at the Emil Berliner Studios. In those cases we used only the original “mother” to produce new stampers.
In addition, we admit to having one digital recording in our catalogue: Alan Parsons’ “Eye in the Sky”, which was recorded digitally but mixed to analogue tape that we used to cut lacquers. In closing, we want to insure our loyal customers that, with but a few exceptions as noted, our releases are “AAA”— analogue tape, an all analogue cutting system, and newly cut lacquers.
60 Years Pallas
Audiophile Vinyl - Made in Germany  For over 60 years the family business in the third generation of the special personal service and quality "Made by Pallas" is known worldwide. Our custom PVC formulation produces consistently high pressing quality with the lowest surface noise in the industry. Our PVC complies with 2015 European environmental standards and does not contain toxic materials such as Lead, Cadmium or Toluene. Our vinyl is both audiophile and eco-grade!