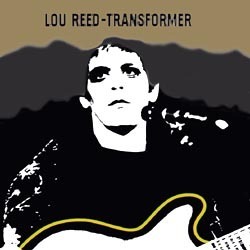 Mastered from the Original Mastertapes by Willem Makkee at Emil Berliner

I honestly do not know how this lp could sound any better. Amazing sonics and quiet vinyl  This is a properly manufactured record - 5/5 LPreview

It is well known that comparisons seldom get to the root of the matter, but in the case of Lou Reed, for example, they certainly reveal the unassuredness of those people who made them. Is he or isn’t he the Chuck Berry or Sergeant Pepper of the Seventies, or is he deliberately building up an image of himself as an ultra-sensitive Frankenstein, who lived out his neuroses and drug trips in horrific sound? "Some records are so unbelievably repulsive," raged the magazine Rolling Stone,

"that one would best like to take physical revenge on the artists who commit such offences." "David Bowie counted the former Velvet Underground leader as a major inspiration — and paid back the debt by producing Transformer. The album had glam flash courtesy of Ziggy Stardust guitarist Mick Ronson as well as Reed's biggest hit, "Walk on the Wild Side" — which brought drag queens and hustlers into the Top Twenty — and the exquisite ballad "Perfect Day." It was Reed's first producer, VU impresario Andy Warhol, who inspired the lead cut when he suggested "Vicious" as a song title.

"You know, like, 'Vicious/You hit me with a flower,' " Warhol elaborated. Reed took him at his word, penning the song and cribbing the lines verbatim." - www.rollingstone.com The album Transformer, however, can by no means be classified as a case of "acoustic bodily harm." It appeared just a few months after the somewhat unsuccessful appearance of Lou Reed’s fairly underground first release and rocketed straight into the charts. This production had two British guardian angels to help it on its way, namely David Bowie and Mick Ronson, both of whom obviously knew how to steer Reed’s songwriting qualities into safe waters, without wavering down its biting sarcasm and humorous provocation. And that’s why grating guitar rock ("Vicious") is found alongside a bittersweet, tender ballad ("Perfect Day") and even an old-time jazz parody ("Goodnight Ladies") which is sung with a tongue as heavy as lead.

Why then compare this highly original music mix with others, when it’s so much easier to hear this record for what it is - a truly cult album? 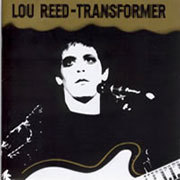