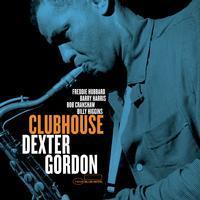 All in all, this reissue is another win for the Tone Poet series, which is set to continue for the foreseeable future.Sound 9/10 Music 9/10 Michael Fremer Analogplanet.

One of the enduring mysteries of Blue Note history is that superb sessions such as Dexter Gordon’s Clubhouse (recorded in 1965) remained unreleased in the vault until the late 1970s. Recorded during the middle of Gordon’s “golden period” career renaissance after he signed with Blue Note in 1961, the tenor saxophone legend is joined by Freddie Hubbard on trumpet and the remarkable rhythm section of Barry Harris on piano, Bob Cranshaw on bass, and the great Billy Higgins on drums.