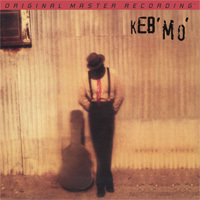 Replete with gritty textures, close-up vocals, and resplendent acoustics, Mobile Fidelity’s scintillating analog version of this 1994 set finally possesses the fidelity that brings Mo’s Delta strains out of the backwoods and onto a lively back porch. Half-speed mastered from the original tapes, this numbered limited-edition 180g LP represents the very first time that Mo’s watershed album has been given a much-needed sonic facelift. Gone are the hazes that obscured his singing, artificial ceilings that blunted the highs, and digital fog that interfered with the multitude of illuminating tones, details, and notes. What’s revealed is startling intimacy and soothing emotion, Mo’s gorgeous vocal timbres and inflections given equal space with his guitar, harmonica, and pace. 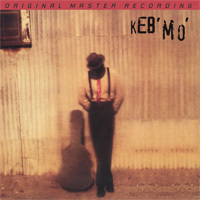