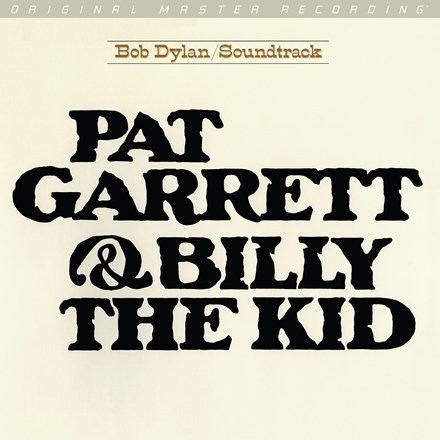 Indeed, Pat Garrett & Billy the Kid remains both distinctive and intriguing for the cast Dylan assembled for its creation – and their collective performances. Echoing Ry Cooder's adventurous, epoch-defying journeys that would soon follow, the 10-track album effortlessly breathes with country, folk, blues, and old-time pop flavors. A-list collaborators, including drummer Jim Keltner, fiddler Byron Berline, and Byrd legend Roger McGuinn, assist Dylan in making instrumental portraits such as the pensive "Catalina Theme (Working for the Law") and the spry "Turkey Chase" teem with detail, character, and a definite sense of place. Heard anew on Mobile Fidelity's exquisite remaster, they take on deeper meaning and convey elevated levels of enjoyment.