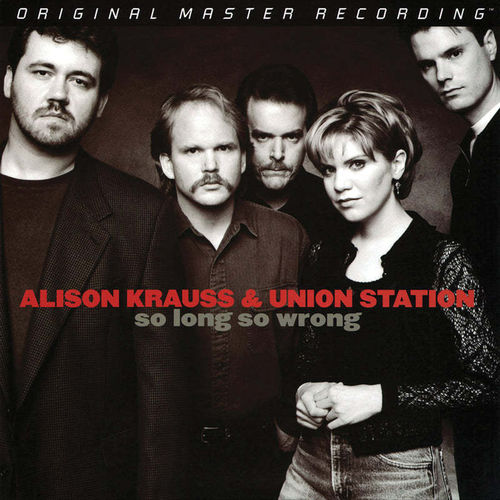 Mastered by Paul Stubbleline from the Original Master Tape at MFSL

"Led by ethereal songbird/fiddler Krauss, the natural acoustics and intricate harmonies of the bluegrass, roots, and mountain songbook don't get much better treatment than on this disc." - Neil Gader, TAS Guide to Audiophile Demo Disc pick

I have always thought that alison has a beautiful voice. It is really brought to life on this pressing with spaciousness and air. The instrumentals are strikingly real. Soundstage is clearly defined and has great depth. You can hear every pluck and decay of the strings. A very pleasant sounding pressing with the MOFI quality you expect.Great record from one of the most musically talented bands out there. The sound you get from this record will blow you away. A true pleasure to listen to. 5/5 LPreview

AvailaDue to the resolution of the MFSL Ultra Analog Cutting System, all the acoustic instruments and voices on the record are reproduced with an exceptional sense of space and clarity

first time on vinyl, this is the best AKUS album to date. (AKUS is the band's own acronym for Alison Krauss & Union Station). The best songs, the best playing, the best singing and the best sound! This must have 2-LP set gets more addictive with every play. Call it bluegrass or call it acoustic pop, either way Alison Krauss & Union Station have created an incredible montage of music. As usual, it is Alison's beautiful vocals that gives it that "high, lonesome sound."

There are thirteen vocal songs and one instrumental on this two-record set. Krauss is the lead vocalist on eight of the songs and Union Station members share the other lead vocals. The virtuoso musicians comprising the group are Barry Bales (acoustic bass), Ron Block (banjo, guitar), Adam Steffey (mandolin), and Dan Tyminski (guitar). Of course Krauss started her career as a violinist (fiddler to the bluegrass world) and she doesn't leave that instrument out either. Due to the unmatched resolution of the Gain 2 Ultra Analog cutting system, all the acoustic instruments and voices on the record are reproduced with an exceptional sense of space and clarity.
The tunes are mostly new material and alternate from bluegrass to acoustic pop. The standouts on the album are Alison's numbers: "It Doesn't Matter," "Looking In The Eyes Of Love," and the gospel "There Is A Reason." These are all quiet, reflective pieces with the haunting, almost angelic quality of Krauss' voice demonstrated to its fullest. The harmony singing on every cut shows off the vocal prowess of the entire ensemble. The title track in particular stands out for its use of harmony and incredible accurate presentation of acoustic instruments. The male vocalists are superb in their own right and each of the band members has the spotlight somewhere on the album.

After mainstream success happened for Alison Krauss & Union Station, one would have rightly expected a commercial sweetening of their sound, resulting in diminishing (or even abandoning) the simple but very unique thing that brought them into the public eye -- and eventual public acclaim -- in the first place. But the group's first new recording in the wake of the surprise success of Now That I've Found You: A Collection finds Alison Krauss & Union Station happily keeping their eclectic focus firmly on the prize stretched before them with no silly attempts to court the hat-hunk-of-the-month or the boot-scoot-boogie crowd. Despite the media's singling out of Krauss as country's new bluegrass solo diva, Union Station (with Krauss as simply a featured member of it) remains very much a group, and that's the real refreshing news here. It is that collective spirit that remains the reoccurring theme and the resounding musical point being made here, and it is the solid anchor that roots this album into place from beginning to end. Krauss' expert evocative way with a ballad is on full display here, with "Deeper Than Crying" and "It Doesn't Matter" featuring her on violas, adding a new voice to Union Station's sound. But the lead vocals are passed around among Krauss, mandolinist Adam Steffey, guitarist Dan Tyminski, and banjoist Ron Block, while Krauss' fiddle work in a backup capacity is an integral part of the sound as well. All in all, this is a totally un-gimmicky album that flies in the face of what usually happens when mainstream success comes calling. And, as a result of that commitment to quality and musical focus, one that makes you want to play it again when it's all over. 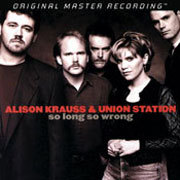