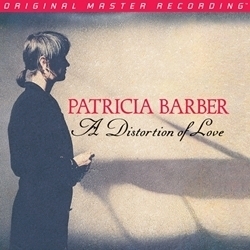 Patricia Barber’s origins are commonly associated with 1994’s Café Blue and the follow-up, 1998’s Modern Cool. Both quickly established the singer/pianist as an immediate audiophile favorite whose rare combination of astute instrumental performance, daring originality, poetic enterprise, intrepid vocals, and sculpted production announced her as an artist that both takes immense care in her music as well as in her sound. While largely unknown to many, 1992’s diverse A Distortion of Love signaled the beginning of Barber’s unfettered creativity.

Such is the attention brought to Barber’s tastefully reverb-assisted singing, the quartet’s stripped-down arrangements, the grand piano’s resonance, the background finger snaps, and the astounding transparency of every note and breath uttered in the studio. Smoothness, balance, and neutrality abound. Through and through, this is an audiophile delight.

While national acclaim wouldn’t come to Barber until the mid-90s, it wasn’t because she didn’t provide notice of her monumental talent and MacArthur Grant-worthy inventiveness. On A Distortion of Love, her individuality manifests on a surprisingly eerie rendition of the standard “Summertime” and subsequent “Subway Station No. 5,” a lengthy piece adorned with atmospheric nervousness, tonal shifts, and contrapuntal movements that ultimately lead into a swinging theme.

Barber, guitarist Wolfgang Muthspiel, bassist Marc Johnson, and percussionist Adam Nussbaum achieve like-minded heights on an improvised and clever read of the Temptations’ “My Girl.” Here, and again especially on the aptly titled “You Stepped Out of a Dream,” Barber’s textured vocals seemingly float on a jet-black plain, emanating as if her lips and mouth are just feet away, the slap of the acoustic bass and patter of the drums responding in kind to her expressiveness. Whether you’re familiar with this album, a longtime Barber fan, or just coming to her for the first time, Mobile Fidelity’s pressing of this record will please even the sternest critics of vocal jazz.

Patricia Barber A Distortion of Love 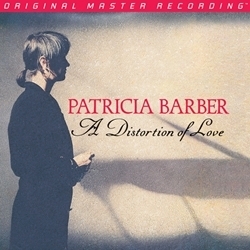