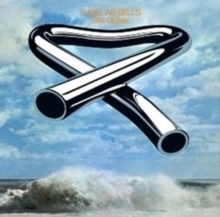 Tubular Bells is Mike Oldfield’s and Virgin Records debut album, released on May 25th, 1973. Recorded when Oldfield was only 19, he played most of the instruments himself, recording them one at a time and layering the recordings to create the finished piece. Oldfield had approached many of major record labels without any success, so Richard Branson, who owned The Manor studios where the album was recorded, released it on the newly formed Virgin Records. The opening piano solo went on to be used in the film The Exorcist, pushing the album to another level for both Oldfield and Virgin.