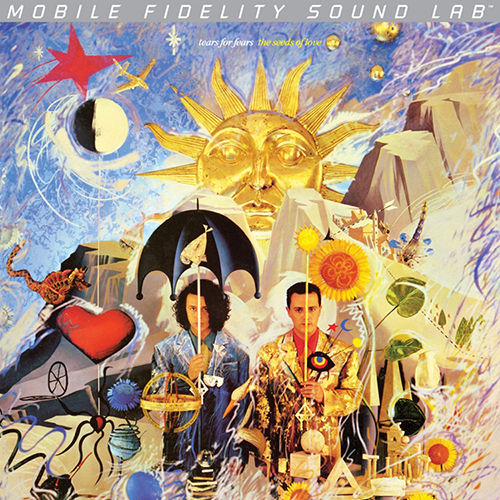 Having elected to defy tradition and wait four years to release a follow-up to their commercial breakthrough Songs From the Big Chair, Tears for Fears expand their creative prowess on The Seeds of Love. Opting for grand melodies over radio-targeted hooks and reflecting a slightly sunnier disposition, the compositions establish an even closer relationship to soulful roots and hint at gospel undercurrents.

The duo, too, also discovered a secret weapon in the person of Oleta Adams. This Silver Label LP resolves with striking clarity and precision the myriad layers of orchestral-themed information that pack jazzy fare such as “Standing on the Corner of the Third World” and balladic turns like “Year of the Knife.” Distinguished with sumptuous production techniques that reportedly cost more than one million pounds to realize, th

e album benefits from the enhanced spaciousness, bigger soundstages, increased atmospherics, and amplified dynamic contrasts afforded by this audiophile collector’s edition. While again pursuing themes associated emotional hurt and healing, Tears for Fears take a more grandiose turn on arrangements steeped in suite-like forms and epic pop psychedelia. Adams lends warmth via her gospel-shot vocals as well as her female presence. She grounds songs with a combination of gentle poignancy and soaring theatricality, bringing a can’t-miss energy to rigorously crafted works that aim for a lasting transcendence independent of radio interest.

Of course, with the proudly bombastic “Sowing the Seeds of Love” and “Woman In Chains,” Tears for Fears again found chart-scraping success, the hits rewards for uncompromising boldness and this record’s expertly polished sound. The group’s sonic evolution is also apparent on the album cover: an eye-popping, colorful montage suggestive of the music’s harlequin textures and stylish devices replaces the stark, grey-hued image carried by its predecessor. Here’s a set that you can fairly judge by the cover.

The gold standard is the UK Fontana pressing, but the US version is not far behind in terms of clarity and bass slam. The extra low-level information captured on the former version shows off the delicate layers of the compositional elements in a most exquisite fashion. Of course, this comes at a premium, with pristine UK copies fetching up to $75, and good-condition copies selling for about half that. The elusive Japanese vinyl appears on EBay and the like occasionally, and demands $100 and up. The US version is equally tough to find in record stores, but can usually be located on various auction sites for $15-$40. Caveat emptor.
Mobile Fidelity performed commendably on this new edition, bringing the classic to market in perfect shape  The bottom end is well sorted and the hallmark MoFi quality is here in spades. Our test sample is flat, quiet, and centered, and features excellent reproduction of the original artwork.
As this is a Silver Label title, the original master is not guaranteed (as it is in the Original Master series), and the records are pressed on 140g vinyl. Direct comparison to UK and US originals reveal more smoothness in the upper registers, suggesting it was cut either from a high-resolution digital copy or perhaps a safety master.  This trait is most evident in the quietest passages, such as the beginning of “Swords and Knives” and “Famous Last Words.” The original vinyl sounds bigger, with more sparkle and clarity. Tunes with less dynamic range make it tougher to distinguish between the original and the remaster. So, unless you can be assured a perfect original, the Silver Label LP is the way to go. Grading these on a numerical scale, with a mint UK original at 100 and an immaculate US original 95, the Silver Label ranks 91. Pretty damn good.
Songs From the Big Chair equates to more of a toss-up. Utilizing a low-numbered US pressing for comparison, the Silver Label easily comes out on top in terms of a smoother high end, but the original has more low-frequency energy with bigger, punchier dynamics.  -Jeff Dorgay Toneaudio

Tears for Fears The Seeds of Love Track Listing:

1. Woman In Chains
2. Badman’s Song
3. Sowing the Seeds of Love
4. Advice for the Young at Heart
5. Standing on the Corner of the Third World
6. Swords and Knives
7. Year of the Knife
8. Famous Last Words 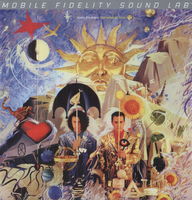