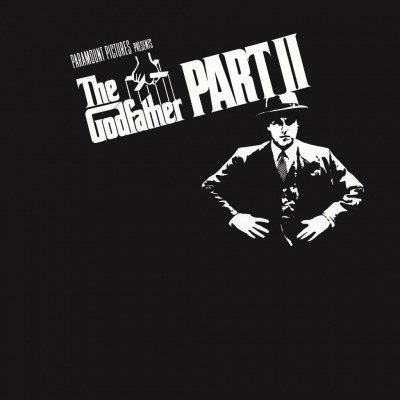 Directed by Francis Ford Coppola, my favorite film in The Godfather series also has the best soundtrack—it won an Oscar for best original score in 1974. The haunting theme from the first film is expanded and woven throughout the score, as new themes are introduced. Fortunately, this reissue on 180-gram vinyl has been given the deluxe treatment by /Music on Vinyl, and my numbered copy on transparent vinyl had startling transparency. You’ll be tempted to look over your shoulder to see if anyone is about to give you an offer you can’t refuse! The Absolute Sound Top 10 Soundtracks

The Godfather Part II is the Academy Award Winning Soundtrack from the movie of the same name, first released in 1974.

This original score was composed by Nino Rota and conducted by Carmine Coppola. Rota expands upon two of the three main themes from the first film: 'The Godfather Waltz' and 'Michael's Theme', while 'The Love Theme' from the first film makes a brief appearance during a flashback sequence. There are several new themes, including one for Kay (Diane Keaton), and two for young Vito (Robert De Niro). In 1974, the soundtrack won the Academy Award for Original Music Score/Original Dramatic Score, and it was nominated for the Golden Globe Award for Best Original Score.