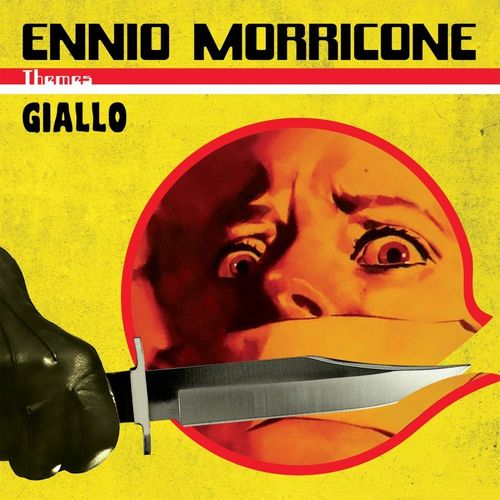 Giallo is the fourth in a series of five double vinyl releases that bring together some of Ennio Morricone’s greatest soundtrack music. Each collection centres on a different movie genre, together they allow the listener to rediscover the unmatched genius of the greatest movie composer of all time. The Maestro. This collection was announced before Ennio Morricone passed away on July 6, 2020. We’ll continue to release the series to honour this great composer.

When we think of 1960’s Italian pulp cinema, the spaghetti western is the genre that comes to mind. However, Italy was responsible for another classic cinematic exploitation movement around the same time, one that is equally as compelling, but less widely recognised. Giallo…

Giallo, meaning ‘yellow’, is the Italian term for crime fiction, it was named after the bright yellow colours of early pulp fiction paperbacks. Film audiences adopted it as the name for a peculiarly Italian sub-genre of thriller cinema that had its heyday in the 1970’s - just as the Spaghetti Western movement was waning. The Giallo can be difficult to define, but essentially it is an Italian crime film that draws from a pool of common themes: stylized murders, amateur sleuths, sleazy glamour, psychological crimes, enigmatic titles and all these themes are underpinned by creepily atmospheric Ennio Morricone music scores. Starting 70 years ago as an arranger for the piece Mamma Bianca, Ennio Morricone is the emperor of scores and soundtracks. Morricone has always been a huge influence for the likes of Hans Zimmer, Danger Mouse, Muse, Metallica and many more musicians. He was one of the most successful composers of all-time, selling over 70 million records and winning dozens of awards.

Giallo is available as a limited edition  The package includes a 4-page insert with liner notes written by Claudio Fuiano. The gatefold sleeve contains a silver foil spot varnish on the outside and images of iconic movie posters on the inside.