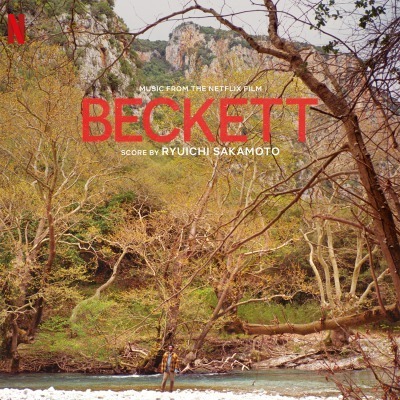 Beckett is a 2021 action thriller film directed by Ferdinando Cito Filomarino and produced by Luca Guadagnino, who previously worked on Call Me By Your Name. The film follows the story of American tourist Beckett (John David Washington) who is on vacation in Greece. After a devastating car accident with his girlfriend April, he becomes the target of a manhunt. Forced to run for his life, he finds himself falling deeper into a dangerous web of conspiracy. Beckett also stars Boyd Holbrook, Vicky Krieps and Alicia Vikander.

The score is composed by Ryuichi Sakamoto - composer, electro-pop pioneer, buddy to David Bowie, and synthesizer legend. His work since the late Seventies has earned him an Oscar, a BAFTA, a Grammy and 2 Golden Globe Awards. Sakamoto's music has consistently exuded a profound empathy. Whether leading Yellow Magic Orchestra's cheeky pop, collaborating with cranial ambient artists, or, more recently, confronting his own mortality, Sakamoto's music expresses in a few elegant gestures the haunting richness of life.