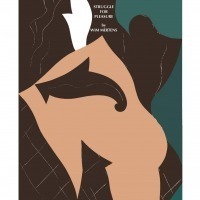 Classical by Music On Vinyl proudly presents its first release. Wim Mertens has released Struggle For Pleasure in 1983 under the group name Soft Verdict. Later, it would be released under his own name.
Mertens called the music on Struggle For Pleasure 'petite musique de chambre', small chamber music. The six compositions are topped by "Close Cover" that proved to be a massive single. There are lots of documentaries and films that still use this beautiful arrangement.
While Mertens is strongly influenced by American minimalist composers like Steve Reich and Philip Glass, he adds his own signature sound to the mix.
The fourth release by Belgian post-minimalist composer Wim Mertens, 1983's Struggle for Pleasure, is a brief EP's worth of, as the composer puts it, "petite musique de chambre." It sounds a bit stuffy, but it's indicative of Mertens' talent that one of these six tracks, the hauntingly beautiful piano instrumental "Close Cover," actually became a hit on the continent when it was released as a single. Although "Close Cover" is the clear highlight of Struggle for Pleasure, the other five tracks are beautifully arranged pieces of modern chamber music. Although Mertens is clearly heavily influenced by American minimalist composers -- the title track and "Gentleman of Leisure" are unalloyed Philip Glass homages -- he brings his own brilliant compositional sense and a genuine gift for unexpected arrangements to these pieces. The opening "Tourtour," for soprano saxophone and harp, brings entirely unexpected textures out of both instruments, and "Salernes" keeps from sounding too much like early Terry Riley through the unexpected start-stop motif that reappears throughout the piece. Mertens, who began composing and recording at the age of 28, has the melodic sensibility of someone who grew up not only with the modern classical tradition, but with jazz and pop as well. Indeed, Mertens' piano style on "Close Cover" recalls the fragmented impressionism of Bill Evans. As a result, his music is accessible to more listeners than just the die-hard 20th century classical crowd, making the album title considerably less descriptive than it might otherwise be. Like all of Mertens' early releases, Struggle for Pleasure was originally released under the group name Soft Verdict and reissued under Mertens' own name in the late '80s.
Tracklisting:
1 Tour tour
2 Struggle for pleasure
3 Salemens
4 Close cover
5 Bresque
Browse this category: CLASSICAL
Contact information
Wim Mertens - Struggle For Pleasure - 180g LP - SCOTT NANGLE AUDIO
T&C's and Privacy Policy