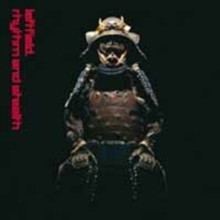 After Leftfield's debut album 'Leftism', which was released in 1995 , it took 4 years for the London-based producers duo to release the sequel. Sounding completely different than the first album, 'Rhythm and Stealth' was worth waiting for. It sounds more diverse and solid than its predecessor and contains exciting collaborations with Roots Manuva on the track 'Dusted' and Hip Hop pioneer Afrika Bambaataa on the dance floor killer 'Afrika Shox', which was accompanied by a state-of-the-art and shocking video.

'Rhythm and Stealth' is a great excursion into many different styles; it moves from funk to hip hop to techno to electro, to ambient and dub, but still sounds cohesive. You might even recognize some of the tracks from the movies.