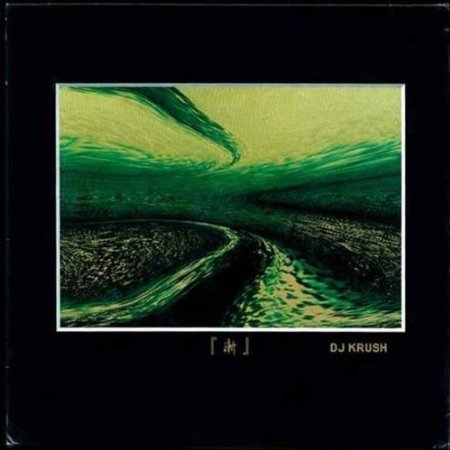 Zen album for sale by DJ Krush was released Dec 21, 2010 on the Music On Vinyl label. Japanese electronica artist DJ Krush turned in one of his most consistent releases with 2001's ZEN. Specializing in mid-tempo instrumental hip-hop, with layers of textured noise and ambient breakbeats,

Krush is the sort of DJ who can create a whole universe on his own. But ZEN boasts no shortage of guest collaborations. ?uestlove and Black Thought from the Roots, Zap Mama, Company Flow, and percussionist Tunde Ayanyemi all make an appearance, and Krush does a magnificent job of blending the electronic and organic elements into a fresh, postmodern listening experience.

For Japanese producer/mixer DJ Krush works his way into a vision of sublime, downbeat hip-hop that's a snug fit with the title. The opening "Song 1" is an irresistible slice of trance-state trip-hop, with the cascading notes of a vibraphone and flute perfectly complementing the atmospheric grooves

continues the collaborational bent of previous LPs, with hip-hop heads  ,On these tracks, the beats and effects are more pointed than on the opener and, as in the past,  The tuneless bassline and production gloom surrounding "Vision of Art" are the perfect bedrock for hardcore paranoiacs

"Sonic Traveler" only highlights the incredible flair of guest Tunde Ayanyemi (on kudi and bata drums). And while any other hip-hop producer would burn out on at least a fewcollaborations, just keeps turning out excellent song beds:on "Danger of Love," and for Kazufumi Kodama on "Day's End."

All these great appearances make any disappointment caused by the lack of solo jaunts after "Song 1" practically nil.