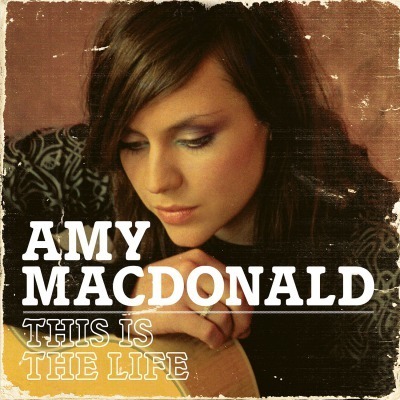 This Is The Life is the debut album from 2007 from Scottish folk & pop singer-songwriter Amy Macdonald.

She taught herself to play guitar and was inspired by artists like Travis and the songwriting skills of Francis Healy. The catchy pop singles “This Is The Life” and “Mr. Rock & Roll” reached high in the international charts. The other songs on the album are likeable pop-songs and show her songwriting and vocal talents. Amy's first release climbed to number two in the charts and eventually went multi-platinum in European countries.

This Is The Life includes an insert with song-lyrics.