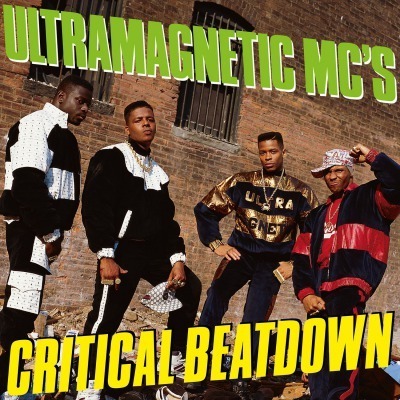 Immediately grabbing the attention and pushing the boundaries of hip hop into new horizons, it was hailed as a masterpiece by the underground. Influential hip hop magazines The Source and Hip Hop Connection both listed Critical Beatdown in their Top 100 charts, naming it one of the best 100 hip hop albums ever. The 1986 single “Ego Trippin” is one of the first tracks to use the SP1200 drum machine (programmed by producer Ced-Gee), and the SP1200 would later become the golden standard for many hip hop producers. This expanded edition features not only the original album with the 15 tracks, it also includes 6 bonus tracks: the original 12” versions of “Funky”, “Bait”, “A Chorus Line” featuring Tim Dog, “Mentally Mad” plus “Traveling At The Speed Of Thought (Hip House Club Mix)” and “Ego Trippin (Bonus Beats)” coupled for the first time ever on vinyl.

It also contains a 4 page booklet with interviews, rare photos and liner notes written by Angus Batey, the author of Rhyming and Stealing: A History Of The Beastie Boys and a writer for Hip Hop Connection and Mojo magazine.

The timeless classic Critical Beatdown is available as a limited edition