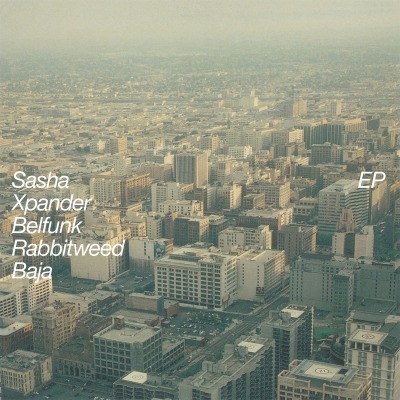 The Welsh DJ Sasha was voted as World No. 1 DJ in 2000 in a poll conducted by DJ Magazine. In addition, he is a four-time International Dance Music Award winner and a Grammy Award nominee.

Sasha has remixed for greats such as Madonna, Moby and The Chemical Brothers amongst others. No wonder Mixmag crowned him the “Son of God” already in 1994.

In 1999 he released the EP Xpander, which won the award “Best Techno/Trance 12”” at the International Dance Music Awards in 1999 and is seen as the pinnacle of its genre. The EP was named after the Oberheim Xpander synthesizer, prominently used in the titletrack. Its titletrack is, to this day, seen as one of the greatest trance tracks of all time. Xpander also includes the progressive house tracks “Belfunk”, “Rabbitweed” and “Baja”. This 2LP includes printed innersleeves.