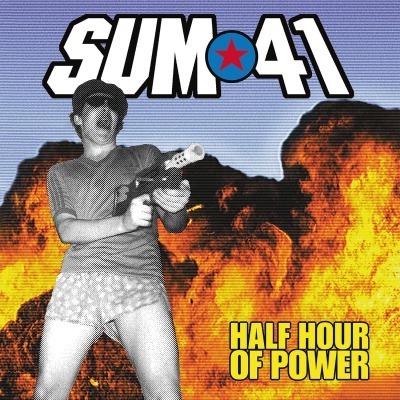 Canadian rock band Sum 41 formed in 1996 in Ajax, Ontario. In 2000 they released their debut extended play Half Hour Of Power on Big Rig Records, a subsidiary of Island Records. Officially it's an EP, but many consider it to be their first studio album. It was produced by lead singer and frontman Deryck Whibley (also known as Bizzy D) in collaboration with Greig Nori.

The release was well received and peaked at #36 on Billboard's Heatseekers charts. Its cover features drummer Steve Jocz aiming a Nerf gun up in the air.

Half Hour Of Power includes an insert with lyrics.