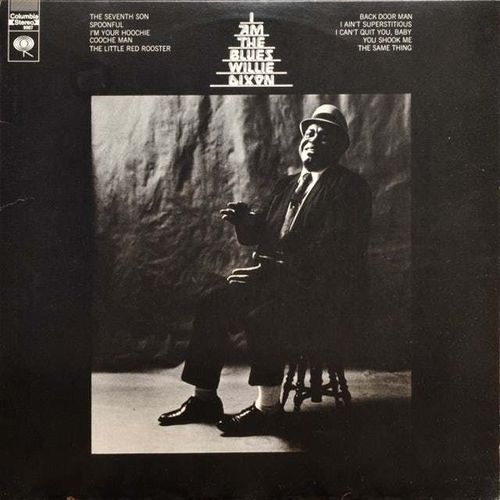 Chicago Bluesman Willie Dixon was perhaps best known for his songwriting. He wrote or co-wrote over 500 songs and his songs have been recorded by some of the best-known blues musicians of his era, including Muddy Waters, Magic Sam, Howlin' Wolf, Little Walter, and Sonny Boy Williamson. On top of that, he involved himself in the production of their records, selecting the songs and the musicians, overseeing the rehearsals, etc.

On this 1970 LP, the quintessential blues songwriter performs his own tunes - each one a classic: "I'm Your Hoochie Coochie Man", "The Little Red Rooster", " Spoonful" and of course "Back Door Man", to name but a few! Long overdue, the album was inducted into the Blues Hall of Fame in 1986, whereas Willie Dixon was posthumously inducted into the Rock and Roll Hall of Fame in 1994. Finally receiving recognition for his huge role in shaping modern blues.