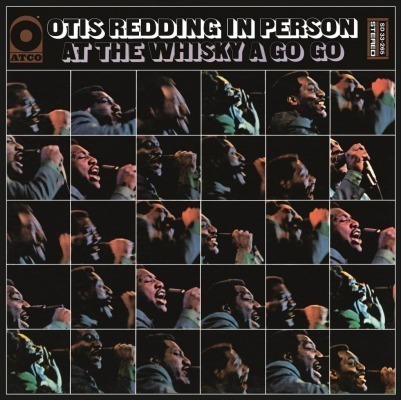 Otis Redding's live performances are legendary for their raw, sweat-soaked intensity. For those of us not fortunate enough to have seen the legendary soul icon on stage, this is the next best thing. Recorded in April 1966 at Los Angeles' Whisky A Go Go, this is the only live recording of Otis in a small club setting, and it's a scorcher, capturing the spellbinding fervor that he generated on a nightly basis.

Backed by his raw-and-ready touring band, Redding delivers a fiery set that includes many of his best-loved tunes, including "I Can't Turn You Loose," "Mr. Pitiful," "These Arms of Mine" and the climactic show-stopper "Respect," along with his soul-shaking takes on the Rolling Stones' "(I Can't Get No) Satisfaction" and James Brown's "Papa's Got a Brand New Bag."

Captured at a Whiskey a Go Go, this live recording featured Redding’s improvisational power and prowess, accompanied by his own touring band. Creating rich sonic landscapes, the album defined why Redding was considered one of music’s greatest live performers. Included on the set were roaring renditions of Brown’s “Papa’s Got a Brand New Bag” and the Rolling Stones’ classic, “(I Can’t Get No) Satisfaction.” This intense and melodic outing bursts with riveting guitar, bass, drums and trumpets, charting on Billboard’s Top 200