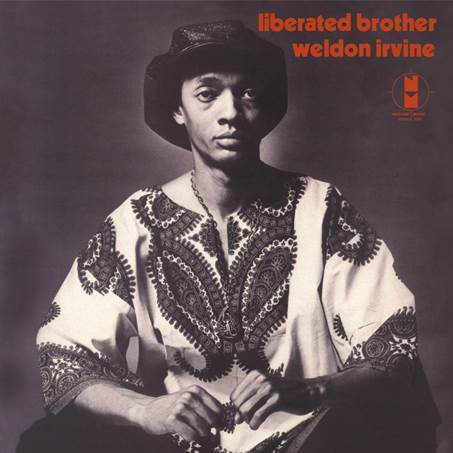 Irvine’s sublime ’72 release on his own label Nodlew (Weldon spelt backwards), is incredibly rare and sought after. It encompasses Soul, Jazz, Fusion and Funk in a fiercely idiosyncratic electric jazz way, not to be missed!

Weldon Irvine's debut as a leader remains one of the most fiercely idiosyncratic electric jazz outings of the early '70s. Innovative not only for its moody, nuanced jazz-funk sensibility, Liberated Brother also translates the uncommonly strong passion of Irvine's political and philosophical views into its grooves, creating music of rare sincerity and ambition. While the record's first-half features longer, more meditative songs, like the Latin-inspired title tune and "Blues Wel-Don," the second side of Liberated Brother commands the most attention. With sterling contributions from guitarist Tommy Smith, bassist Roland Wilson, and drummer Napoleon Revels-Bey, cuts like "Mr. Clean" and "Sister Sanctified" (later sampled by Boogie Down Productions for the rap classic "My Philosophy") achieve a deeply funky consciousness forged from elements of jazz, soul, and psychedelia; "Juggah Buggah" even features Irvine on Moog synthesizer, further expanding the LP's cosmic reach.

Audiophile Vinyl - Made in Germany  For over 60 years the family business in the third generation of the special personal service and quality "Made by Pallas" is known worldwide. Our custom PVC formulation produces consistently high pressing quality with the lowest surface noise in the industry. Our PVC complies with 2015 European environmental standards and does not contain toxic materials such as Lead, Cadmium or Toluene. Our vinyl is both audiophile and eco-grade!
Browse these categories as well: JAZZ, BLUES SOUL R&B
Contact information
Weldon Irvine - Liberated Brother - 180g LP - SCOTT NANGLE AUDIO
T&C's and Privacy Policy