can be shipped within PRE ORDER TBA days 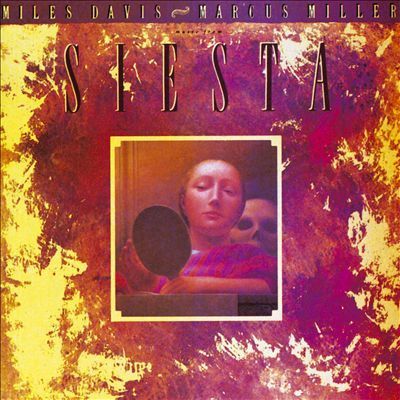 This collaboration between Miles Davis and producer Marcus Miller (who, except for some cameos, plays all of the other instruments) is successful and a bit of a surprise since it is essentially a soundtrack to an obscure film. Dedicated to arranger Gil Evans, the music is greatly influenced by his style with Miller creating an electrified but very warm orchestra to accompany Davis' melodic solos. This was the first of several instances in which Miles Davis, in the twilight of his life, returned to his roots. It's worth searching for.

An overlooked work of Davis's last years in the late 1980s. As a collaboration between the trumpeter and the gifted multi-instrumentalist, composer and producer Marcus Miller, the album was overshadowed by Tutu, its celebrated predecessor. It also revisits the landmark Davis/Gil Evans Sketches of Spain album of 1959, with samples and electronics rather than a real orchestra (a choice that comes with both pros and cons), and it was a rushed and budget-strapped project written as the soundtrack to a now-forgotten movie. Davis had issued Miller with some typically cryptic instructions. "Write some music and it should sound something like this"; "When you need a trumpet, just let me know."

But what could have been a hit-and-run hack job with a half-engaged star guest turned out to be almost a triumph. Spanish guitars, abstract metallic sounds, electronic versions of Gil Evans's softly questioning low brass from Sketches of Spain, throbbing tabla effects, sighing vocal choruses, street-parade drums, Weather Report bass riffs - they all frame Davis's clipped and curling improvised lines, with their gracefully sketched shapes, patient spacing and clear, piercing high notes. It's as much Miller's album as Davis's (who isn't on three tracks), and one or two of the licks have an instant-Iberia glibness. But the ghostly dance of the disconsolate trumpet, Earl Klugh's guitar and Miller's rich soundscape on Lost in Madrid Part V is one of many tantalising glimpses of what might have been.