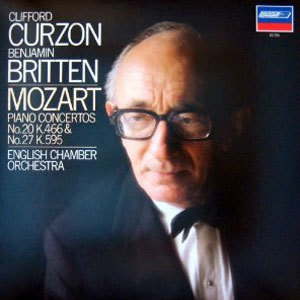 Original Recordings Group brings the legendary masterpieces of the past, The Mozart Piano Concerto Nos. 20 and 27 with piano by Sir Clifford Curzon conducted by Benjamin Britten, to Audiophile 180g 45rpm Vinyl.

In this musical performance of Mozart's Piano Concertos No. 20 & 27 you will find Curzon's infinite obsession and passion for performance, and Curzon's way of life as an artist, one who desired absolute perfection in his performance without compromise.

This performance was finally completed as recorded material after a number of trials in recording sessions, soon becoming a well known masterpiece.