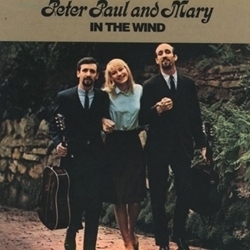 Current Reference Recording for Jonathan Valin of TAS for both the Axpona 2016 and Munich High End 2016 shows! An Arthur Salvatore Supreme LP Recording on high-endaudio

The trio's third album, released in December of 1963, features liner notes by none other than Bob Dylan and the well-known folk tune "Blowin' In the Wind" alongside "Tell It On the Mountain."

"There aint room enuff on the paper t tell about everybody that was there an exactly what they did- Every nite was a true high degree novel- Anyway it was one a these nites when Paul said "Yuh gotta now hear me an Peter an Mary sing" Mary's hair was down almost t her waist then- An Peter's beard was only about half grown- An the Gaslight stage was smaller- An the song they sung was younger- But the walls shook- An everybody smiled- An everybody felt good- An down there approval didn't come with the clappin a hands- at the end 'f the song- It came burstin out anytime any way it felt like burstin out- An they were approved." - From the Original Album Liner Notes by Bob Dylan, 1963

n the Wind is the third album by the American folk music trio Peter, Paul And Mary, released in 1963. In the Wind was so successful that when it hit #1 on the Billboard album charts, it caused their two previous albums to re-enter the Top 10 as well. At this point in musical history the folk music revival was in full flower.

The lead-off single of Bob Dylan's "Blowin' in the Wind" became world famous when it sold a phenomenal three hundred thousand copies in the first week of release. On July 13, 1963, it reached number two on the Billboard pop chart, with sales exceeding one million copies. It spent five weeks atop the easy listening chart. The second single from the album, "Don't Think Twice, It's All Right," another song by Dylan, peaked at number 2 on the Adult Contemporary chart and number 9 on the Pop Singles chart. At the Grammy Awards of 1964, their recording of "Blowin' in the Wind" won the Best Folk Recording and Best Performance by a Vocal Group.

At Axpona 2016, Jonathan Valin reviews his Five Best Systems. ORG's In The Wind was used as a reference Disc in ARC's sound room at the show. System composed of Sonus faber Il Cremonese three-and-a-half-ways driven by ARC electronics, sourced by an AMG Giro 9 turntable, cabled with Kubala-Sosna Emotion, and supported by nonpareil Critical Mass Maxxum stands:

"...on the voices, guitars, brass, percussion, and standup bass of the Buena Vista Social Club’s Lost and Found or ORG’s fabulous 45rpm reissue of Peter, Paul & Mary’s In The Wind, the overall sound was so much like the real thing it gave me the proverbials." - Jonathan Valin, www.theabsolutesound.com

And at various rooms at the Munich High End 2016, comments by Jonathan Valin:

"Their third recording was one of the group's stronger outings...the dramatic, strident, but inspirational "Very Last Day" is one of the best original tunes the group ever did." -Richie Unterberger, allmusic.com 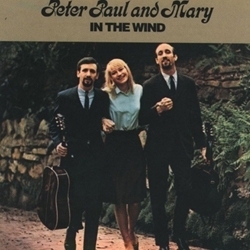