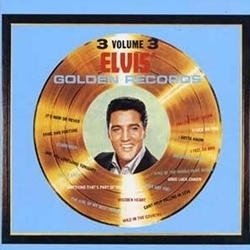 Mastered By Bernie Grundman from the Original Analog Master Tapes

If you are an Elvis fan these 12 tracks provide concentrated Elvis bliss. Non-Elvis fans are now wondering what is the fascination with this old dinosaur - Michael Fremer AnaloguePlanet

Phenomenal music and sound I was astounded, it sounded fantastic.5/5 LPreview

The original  Vol 3 was, like its predecessors, an unprecedented release -- no one in rock & roll up to that point, other than Elvis  had ever legitimately earned a second greatest-hits volume, much less a third.

This is also the place where the legitimately softer, more mature Presley  replaces the angry young Elvis  represented on the first two volumes. On a sexual level, songs like "Stuck on You," "It's Now or Never," "Fame and Fortune," "I Gotta Know," and "Surrender" offer seduction rather than diverting violation. He might no longer have been a rebel, but as represented on the original ten songs of this album, he was still making the Top Five and even the top of the charts regularly with work that was legitimately fine early-'60s rock & roll and pop/rock. "His Latest Flame" or "Good Luck Charm" might not have been groundbreaking musical statements of the caliber of "Heartbreak Hotel" or "Blue Suede Shoes," but in Elvis`s ' hands they were worth hearing over and over.

The original 12 songs , including "Can't Help Falling in Love" (which should have been on this disc to begin with) and the hauntingly beautiful "Girl of My Best Friend," which was a number two hit in England (and may be the prettiest song  ever cut), plus "Wild in the Country" and "Wooden Heart" (a hit in Europe)

The producers have stuck with the most tasteful and intriguing numbers from the films, within the time frame of the original release, the annotation is thorough, and the remastered sound runs circles around all prior editions. 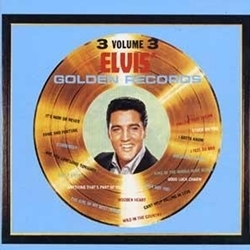