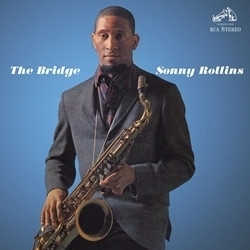 How badly did Sonny Rollins want to refine his playing? The saxophonist shocked the world in 1959 and took a break, returning in 1962 with this splendiferous set, named after the Williamsburg Bridge, where he practiced by himself. He’s paired here with guitarist Jim Hall, whose communicative lines, along with Rollins’ esteemed solos and melancholy patterns, gives The Bridge lofty status. The quartet tackles both originals and standards such as Billie Holiday's "God Bless the Child" andCole Porter's "You Do Something to Me," turning up aces every time.

"One of the greatest albums from one of jazz's greatest musicians" - Inkblot Magazine
Voted by Miles Davis as the greatest tenor ever, an inventive saxophonist and an astonishing soloist.
Tenor saxophonist Sonny Rollins' first recording after ending a surprising three-year retirement found the great saxophonist sounding very similar to how he had played in 1959, although he would soon start investigating freer forms. In a pianoless quartet with guitarist Jim Hall, bassist Bob Cranshaw, and drummer Ben Riley, Rollins explores four standards (including "Without a Song" and "God Bless the Child") plus two fiery originals, highlighted by the title cut. The interplay between Rollins and Hall is consistently impressive, making this set a classic and a very successful comeback.

Mastered from the original master tapes, ORG Music's 180g LP presents this Bluebird/RCA classic in the finest analog sound it's ever known.

Everything from each of Rollins' dip-and-dive patterns to the patter of Ben Riley's drums is heard with extreme detail and range.

If you love the realism, clarity, and you-are-there detail of classic jazz, you don't want to miss this superb reissue. 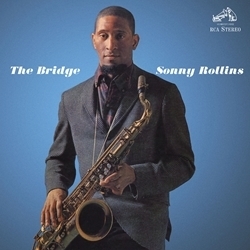