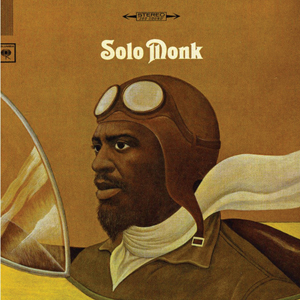 This one was done by ORG Music, but it has the “close-up” feel that I’ve come to expect from Speakers Corner reissues. It is especially “hot” with very little room to hide out between notes. This is the sound of a giant lumbering through his lair. Maybe he’s searching for something. Maybe he’s hungry or tired. Maybe he’s just blowing off steam. - Sound 4/5 Hifedlity
Command. Dexterity. Fervor. Vision. Thelonious Monk's 1946 solo affair ranks among the pioneering pianist's most introspective, cerebral, and emotional outings. His trademark angularity informs a majority of the pieces, yet so does grand classicism and melodic rapture.
Monk's readings of the originals and standards practically stand the tunes on their collective ears. With nothing in the way of his hands on the piano keys, he delivers pieces such as "Ruby, My Dear" with unfettered intensity and marvelous sophistication, and by equal measures, turns solemn and introspective on compositions like "Everything Happens to Me." Even if you've heard Monk perform some of these songs in a band setting, you ain't heard nothing yet.
Solo Monk is simply amazing. And now, mastered from the original master tapes, ORG Music's 180g LP brings all the music closer, and into more transparent form, than ever before.
This record is an analog treasure and will become a reference in your collection.

The mystery and haunting angular beauty of Thelonious Monk's unadorned keyboard sides are the focus of Solo Monk. As if possessing the history of jazz in his hands, Monk's solo recordings and performances from every phase of his career remain pure. The components of what made Monk such an uncompromising composer, arranger, and especially bandmember are evident in every note he plays. The disc includes both Monk originals as well as several covers of pop music standards.

A majority of these sides were cut during a West Coast swing in late-October/early-November 1964. This highly productive jaunt would likewise yield two live releases: Live at the It Club and Live at the Jazz Workshop; both would feature Monk's quartet. On an emotional level, however, these sides arguably surpass many of the band recordings. "Sweet and Lovely" contains several passages that are played with the command and intensity usually demanded of a classical work. The intense yet sophisticated chord progressions that punctuate "Ruby, My Dear" transform what once were simple pop melodies into unaccompanied rhapsodies.

Monk transforms the solitude of "Everything Happens to Me" into a minor bop masterpiece replete with his signature disjointed phrasings and variable pacing.

Pressed at Pallas and Mastered by Bernie Grundman!
Ace 1964 Album True to Its Title: Nothing But Monk, His Fingers, and the Piano
Masterful Interpretations of Pop Standards and Divine Performances of Original Material
Grand Classicism and Melodic Rapture Inform the Arrangements, While Emotion Guides the Playing
Mastered from the Original Master Tapes: Canorous, Room-Filling Sound 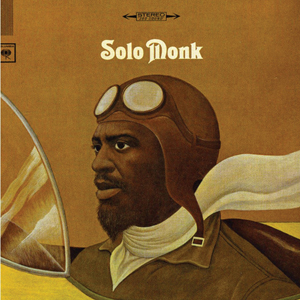