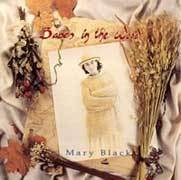 Pure Analogue  This LP is an Entirely Analogue Production

The Irish folk/pop singer Mary Black, a genuine superstar at home, has built a worldwide following on the strength of her mesmerizing, crystal clear voice and an uncanny ability to wring every drop of meaning from the lyrics she interprets.

No doubt the dramatic/blarney balladry on this album, originally released back in 1991, will be a bit on the new age/MOR side for some listeners, but if you love Eva Cassidy’s gorgeous Songbird, you’ll love this too.I wouldn’t be surprised to find that Ms. Black’s singing inspired Cassidy, but I’m just guessing. I like punk but I like this too because it's genuine. Aside from Joni Mitchell’s wistful “Urge For Going,” and Richard Thompson’s calmative “Dimming Of The Day” I’m unfamiliar with the other ten tunes, but they are all melody-rich, mid-tempo, ballads of unceasing optimism, like side one’s closer “Just Around the Corner,” with its chorus of “Love is just around the corner for you.”

In a song about love found and lost, Black consoles “For all the bruises for all the blows, I’d rather feel the thorn than to never see the rose.” Got the song’s message?

That’s the album’s too. Darkly cast cynics are advised to stay away, Otherwise, this album is delightful, both musically and sonically. They sure know how to produce beautifully recorded albums in Dublin, that’s for sure and this is one from Ringsend Road Studios Dublin, rivals the best from Windmill or Lansdowne. The acoustic set (with a sprinkle of synth) features guitars, dobro, mandolin, accordion, fiddle and saxophone, all naturally and transparently recorded with great care, and then mixed tastefully with just a light powdery coating of studio dross.

Black’s voice needs no help and is recorded with crystalline clarity and finished with a touch of reverb. This gorgeous sounding 1991 album was briefly available on DMM cut vinyl on the Grapevine label (Grape LP 008). The Grapevine issue was very well done and considered an audiophile gem way back when and this Pure Pleasure reissue is at least as good, though a bit more transparent and revealing.

Topped Charts In Ireland For Six Weeks!  Featured in Michael Fremer's Heavy Rotation in the July 2006 Issue of Stereophile!  Celtic musician Mary Black is most popular in Ireland. As a female vocalist she has fans' respect from modern and traditional music with her uncanny knack for unveiling the true meaning of a song. Babes In the Wood topped the charts of Ireland in 1991 for six weeks. This is a very feminine record, gentle and thoughtful. "Black is set to conquer a new world." - Rolling Stone. "It's one time that separates her from international stardom." - The New York Post. "She connected emotionally with her material practically on a molecular level...a staggering talent, a breathtaking vocalist who hardly fits any conventional mold..." - San Francisco Chronicle. 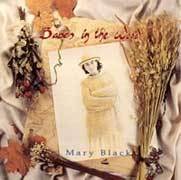