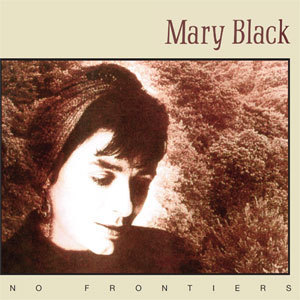 For the last quarter-century, singer Mary Black has been a dominant presence in Irish music, both at home and abroad. She has shared stages, tv shows and recording studios with some of the most revered performers of her time. She has also played a frontline role in bringing Irish music, past and present, to an increasingly appreciative and ever-growing global audience. The San Francisco Chronicle has described her as "One of the best interpretative singers around".  At a time when less adventurous performers preferred to stick exclusively to the well-worn ballads from Ireland’s rich music heritage and the more obvious hits from contemporary writers, Mary explored the best work available from new composers and mined the rich seams they offered. That commitment to fresh material, combined with her unique interpretations of the songs she chooses, saw her release numerous albums that achieved platinum sales status and spawned countless hits. Indeed, No Frontiers spent more than a year in the Irish Top 30!  To the acclaim and awards Mary has received over the years from both the public and the critics must also be added the esteem she has generated from her fellow artists. Indeed, many of them have recorded and performed live with her, including Emmylou Harris, Mary Chapin Carpenter, Joan Baez and Van Morrison, not to mention a host of Irish traditional musicians and singers.  "Mary Black's 1989 'No Frontiers' is nothing short of a masterpiece. This (and the follow up 1991's 'Babes in the Wood') was when Black was at her creative and vocal peak. 'No Frontiers' (the song) has become something of an Irish classic, a party piece for so many (ever the Corrs covered it on 'Unplugged') and 'Past the Point of Rescue' was a massive country hit in 1991 for Hal Ketchum. Both songs are superb and Black's versions are the greatest. 'Carolina Rua' and 'Vanities' (featured on the huge selling 'A Woman's Heart') are well known but it is the darker 'Columbus' and the mesmerizing 'Fat Valley of Pain' that showcase both the heartbreak and the depth of the album. A fine introduction to Black's music - the right mixture of folk and contemporary and one of the finest albums to come out of Ireland in the 1980s." - John Canning  "'Shuffle of the Buckled' sounds as if it were written for Black and the title track makes equally good use of her achingly sweet and clear voice... On this album Black seems to have gained control of the modern influences that had taken over on Without the Fanfare, and the result is one of her more complex and powerful albums. 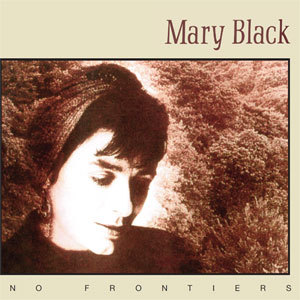