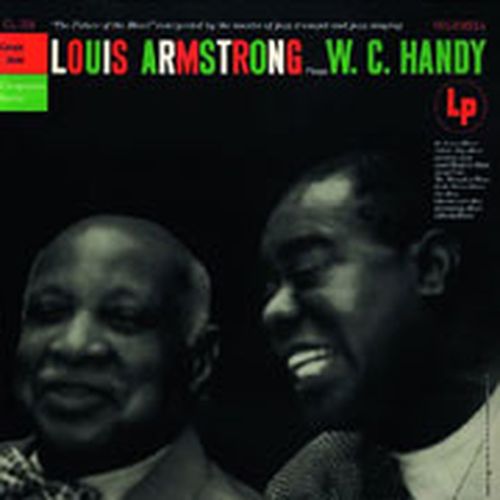 five tracks did not appear on the original vinyl LP release. This is their first time on vinyl.

If you buy this and just hear some moldy old monophonic Dixieland you deserve to spend the rest of your life listening to Aqualung and Patricia Barber, not that there’s anything wrong with either that album or that artist. I don’t mean to insult anyone but the audiophile “pop charts” are depressingly mundane and predictable.

On this album that commences with “St. Louis Blues,” W.C. Handy’s most famous composition, Armstrong, his backing band and singer Velma Middleton deliver vaudeville entertainment, the highest-grade music making and a history lesson all rolled into one as they slink, shimmy and syncopate their way through these one-time suggestive and salacious tunes.

This music may sound superficially “old” and obvious now, but upon it and upon Handy’s innovations rest a large part of 20th century American pop music making. In fact, everyone reading this will know many of these songs, which have been repeatedly covered by successive generations.

The scholarly annotation by producer George Avakian tells the story and it’s almost as entertaining and vital as the music. Both help fill in musical blanks, educating listeners about blues history generally, and Handy’s contribution specifically. Avakian also provides a song-by-song run through that adds extra dimension to the music.

Handy, who died in 1958 at the age of 84, gets credit for inventing the blues, both because as an educated musician capable of annotation, he wrote out what had previously been passed down word of mouth and because his innovations, including strong syncopation and use of “blue notes” in adapting the Negro folk music he loved, helped popularize the form throughout America and the world.

Handy was more like a classical music composer who worked in the folk idiom, like say, Bartok, than he was a Tin Pan Alley type. Listening with that understanding helps one appreciate the elegance and sophistication of the form hanging beneath its overfamiliarity today.

The songs from the original LP have been spread out over most of three sides, with the remainder of side three containing an Avakian interview with Mr. Handy. Side four contains fascinating rehearsal tapes of three tunes including the vocal “improvs” heard on the final takes.

As for the sound, it’s wonderfully mono and definitely high fidelity. Working in mono, the engineer exaggerated where the musicians were placed in the studio in order to produce a great deal of front to back depth and to highlight Armstrong, whose trumpet comes across sweetly yet with plenty of bite. While that arrangement places Trummy Young (trombone), Barney Bigard (clarinet), Billy Kyle (piano), Arvell Shaw (bass) and Barrett Deems (drums) oddly in the background, it produced a warmth and ambience that works well with the music. You really feel as if you’re in the studio all those years ago watching pops and friends work out.

The original’s hard to come by, and with the additional material, this becomes a valuable addition to your analogue discs 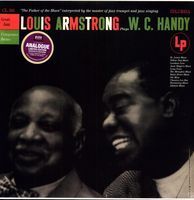